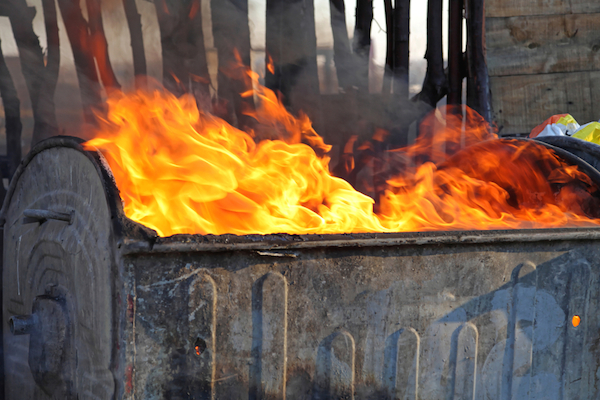 To the people who have loved saying they “knew it would be this bad”:

No one knew except everyone in Trump’s crosshairs.

But of course, we are the “nobodies” of America.

And because fragile white men left, right or center, can never take the “L”, learn the lesson, apologize and move on, they keep stubbornly repeating the same damn stupid mistakes.

I offer my 2016 article as evidence that Black, Latinx, LGTBQ, Asian and other historically marginalized Americans & noncitizens have been ringing alarms for years about Trump to no avail.

Here is the link to my original Medium article entitled – Eleven days.. Alex Yarde looks at the Trump Presidency, predictably the dumpster fire he expected it to be. – Published November 16, 2016

This quote is no longer conjecture. We grow closer to The Weimar Republic 29’ then The United States 20’ every day Trump remains in office.

You know your privilege insulates you to a certain degree.

Nothing will really substantially change for you and yours if Trump gets re elected. Well, that’s what the Germans in 29’ thought too.

Like little, carefree Aryan frogs in the pot on a slow boil. And they were correct.

Right up to the point that they weren’t.

Me and mine? We don’t share the luxury of not working hard to get rid of Trump. I’ve got mixed kids and I’m married to a white woman.

The Supreme Court will turn conservative for decades.

There is no guarantee the rights you take for granted, that black folks and others bled, fought & died for, The Voting Rights Act, Loving vs. Virginia or Roe vs.Wade can’t be hobbled to make useless or straight taken away under a second term of God-Emperor Trump.

I’m going to take my own advice, and leave it all on the field while we still have time.

I keep writing so enough of you may snap out of your delusions and change your behavior before it’s too late. We don’t need everyone. We only need enough.

If you don’t believe me about the danger this nation is in from Trump?

It’s him and his lackeys own faults for not having the sense God gave geese to attend that vile victory party celebrating the passing of a lioness, RBG, to dare replace her with that mockery of a Karen Handmaiden.

Trump KNEW COVID-19 was deadly since January, yet every day he lied to Americans. “It will all just go away.” And mocked reporters for wearing masks. I strongly suspect he knew he was sick at this Rose Garden Ceremony. Breathing on everyone.

Trump is Lincoln’s Lyceum Address made flesh. – His campaign staff, who got him elected to a person are in prison, under investigation, or writing a tell-all book. The economic collapse was an unforced error. Brought on by a failure in leadership to control the pandemic when he could in February. He actively continues to undermine his own CDC. The South drowns as the West is on fire you can see from space. Oh and he supports white supremacy and is invalidating any election he doesn’t win. Just call me “Negrodaumus”

YOU DON’T GET COOKIES FOR BEING A DECENT HUMAN BEING.

“Just about everything a Nice Guy does is consciously or unconsciously calculated to gain someone’s approval or to avoid disapproval.” – No More Mr. Nice Guy

I’m seeing a lot of wavering from White Liberals in my twitter feed since Trump’s diagnosis.

My old man always observed, “Democrats can’t win and Republicans can’t govern.” This loss of focus and lack of resolve is the perfect example why he was correct.

Look what we’re not talking about-

This is no time for weak knees, “suspending campaigns” or “be better” sentimentality.

If you’re not focused on defeating Trump with an overwhelming turn out for down-ticket democrats everywhere?.

Trump is going to win. AGAIN!

If he survives the COVID.

“But he’s suffering- we must be better”

Why? Where did that get us in 2016? The same man who mocked Hillary when she had Pneumonia?

My God, you’d have us #bebetter into our goddamn graves! IDGAF if he’s suffering. Don’t pity him. You didn’t pity his 200,000 victims.

Do you think all the families with Biden’s #emptychairs didn’t have heartbreaking phone calls with loved ones who left this world alone surrounded by plastic & full of tubes?

GTFOH with that noise!

“When people go through near-death experiences they can change“

By going through and recovering from a life-threatening case of COVID won’t change who Trump is.

A Leopard will change his spots faster than a Malignant Narcissist like Donald J. Trump will develop empathy.

Want to feel sorry for someone? Pity his Secret Service detail & their families, his driver and his family, his valet & his family, all exposed to COVID because Trump has such little dick energy and unquenchable thirst for adulation, he had to give himself a parade and drive around Walter Reed to wave at the Proud Boys ringing the hospital.

If you’ve got so much compassion for Trump? You owe Curtis and thousands of surviving family members an apology.

My father died of Covid alone in a hospital. I had to say goodbye to him over a phone. Trump got a joyride to sooth his desperate need for attention, while endangering the lives of the Secret Service people in the car with him. To hell with him and all who enable him.

As a Black man in America, I, fortunately, am not burdened with your  myths of “American Exceptionalism” nor, a “Meritocracy”. I’m grown. I don’t believe in Santa Claus, The Easter Bunny or The Tooth Fairy.

I’ve told you before 450+ years of oppression on this continent gives black folk herd immunity to white bullshit. All this wishful thinking about vaccines, herd immunity, and just plain ignoring epidemiologists & basic hygiene get people killed, it already has.

But White Liberals and others who haven’t drank the MAGAade, are wearing #BlackLivesMatters commemorative T-Shirts, but still aren’t comfortable, knowledgeable or proactive to do what needs to be done?

Dear liberal friends: you do not have the tools to fight Trump.

Trump left quarantine as White House Cases Mount. Was the headline I read.

Can you imagine? Well, there goes that “He’s learned his lesson” argument.

Trump says he feels well, which of course is all that truly matters to an Emperor. But questions about his condition remain and officials in his inner circle continue to test positive.

His entire inner circle is exposed. If he can’t keep his own household safe from COVID? With unlimited resources? What chance does any of us have depending upon the current administration to mount an effective national response and eradicate COVID to safely reopen and recover?

To put things in perspective.

His “herd immunity” farce will cost a million lives in the end.

Yet he still insists on blowing sunshine up America’s ass, insisting that COVID is “no big deal” with more American deaths on his hands than Ho Chi Min, Hitler & Kim Il Soon COMBINED.

So he took a helicopter ride from his private hospital? Is that supposed to mean what? That he’s not a tubby, frail old man who’s losing the election and if he survives won’t go to prison for tax evasion? #TrumpCovid19 #WhiteHouseVirus #gasping #COVIDIOT pic.twitter.com/JjhXPkOSux

According to the Wall Street Journal, President Trump is prepared to return to the White House to continue his care after three days in the hospital, despite an uncertain prognosis for the course of his Covid-19 illness and the alarming spread of the contagion among top aides that have roiled his administration a month before the election.

“Don’t be afraid of COVID. Don’t let it dominate your life,” Mr. Trump said in a tweet in which he announced his plans to head home and praised drugs currently under development to treat the disease. “I feel better than I did 20 years ago!”

You simply take your free helicopter to your private level one medical center, get pumped with the most expensive out-of-network drugs and new therapies unavailable to the public, given by a battalion of Doctors & Nurses.

Then, retire to your at-home medical suite for which you paid ZERO taxes for.

Question: If Trump ran around the Whitehouse with a Flamethrower, endangering everyone around him, would that trigger the 25th Amendment?

Because that’s what he’s effectively doing to everyone who works there.

Update: 1:20 est, The entire Joint Chiefs of Staff are now under quarantine for exposure to COVID -19

I didn’t even get to finish this post without more dire news.

Gen. Mark A. Milley, the chairman of the Joint Chiefs of Staff, along with several of the Pentagon’s most senior uniformed leaders, are quarantining after being exposed to the coronavirus, a Defense Department official said on Tuesday.

The official said almost the entirety of the Joint Chiefs of Staff, including Gen. James C. McConville, the Army chief of staff, are quarantining after Adm. Charles Ray, the vice commandant of the Coast Guard, tested positive for coronavirus.

The announcement represents an alarming development — as the virus extends its reach from the highest levels of civilian government to the operational heart of the country’s national security apparatus.

We need new leadership in the worst possible way.

“Moscow Mitch” is so desperate to get “Offred” confirmed before Trump is history, they will vote her in even if it means dragging half dead Senators on gurneys to the capital to vote.

Focus on getting everyone who safely can out to register to vote, vote, or help your nanny or elderly neighbor fill out her mail-in ballot or volunteer & donate!

Put up a #bidenharris2020 sign, hell, sell cookies but DON’T shed a single tear for these people.

Your kindness will be exploited as weakness. It’s a desperate ploy. STAY FOCUSED. Or come November 4th you might wish you had.

And for the rest of you Kings & Queens of all colors, creeds, genders, abilities, sexuality, faiths or faithless, with your shoulder at the wheel?

Win, Lose or Draw. Sticks in a bundle are unbreakable.

I’ll see you on November 4th regardless on the streets in solidarity or celebration!!

“No matter what happens, you will handle it.

“Remember one thing Through every dark night, there’s a bright day after that. So no matter how hard it get, stick your chest out. Keep your head up, and handle it.” – Tupac

Alex Yarde is a husband and father living in New Jersey. In earlier times, you could find Alex in New York City teaching outdoor education to the great kids from Erasmus High School in Brooklyn. Today, you can find him on Twitter at @thatalexyarde. 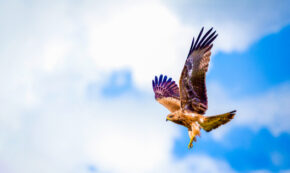 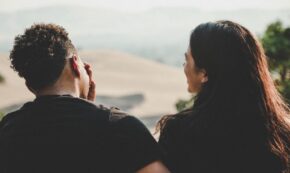 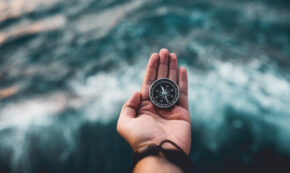 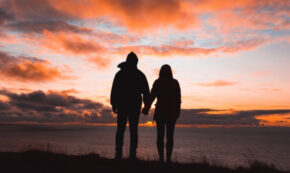 FacebookTweetPinEmailShares34
wpDiscuz
0
0
Would love your thoughts, please comment.x
()
x
| Reply
Share this ArticleLike this article? Email it to a friend!
Email sent!