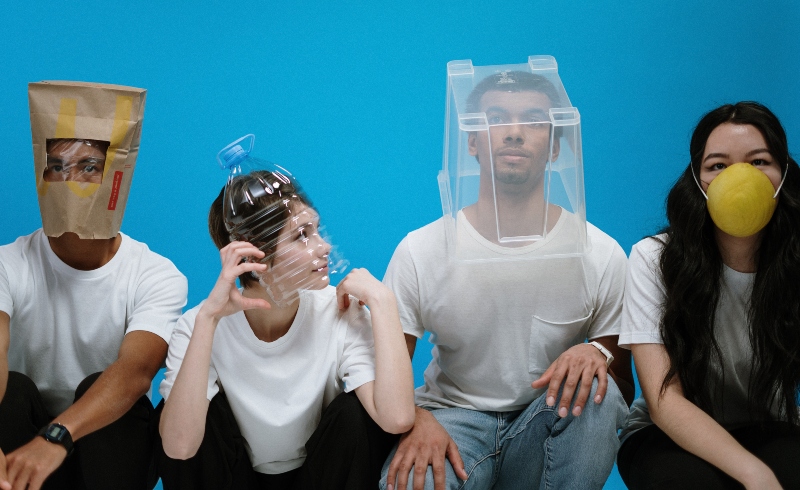 I have never given a commencement address. Maybe someday I’ll be asked. No, I’m not fishing, just pondering the opportunity to rant a bit in academic garb. Ah for the chance at an honorary doctorate of anything from anywhere! Okay, now I’m fishing.

If I were invited to give such a dignified speech this year, I think the question I might pose to students is:

Why that? Much of what I’m hearing these days is all about getting back to something called normal.

What is normal after the Covid-19 pandemic?

What is normal after three months of shelter-in-place directives?

What is normal after the brutal police murder of George Floyd?

What is normal after millions of people flood into the streets for weeks to protest against systemic racial discrimination and social injustice?

Maybe what bothers me isn’t so much the idea of normal as the notion of getting back to some previous state that is somehow better than where we are at the moment.

Perhaps we want to believe there will a new normal. In that new normal, would it be possible we could all agree on what would constitute a better normal?

Could we all agree that honesty should be normal, that we shouldn’t lie, particularly when the consequences to others of not getting the truth could be dire?

Could we all agree that believing in science should be normal, and in unforgiving matters such as health and safety, documented facts should triumph over manipulating opinions?

Could we all agree that exercising our right to vote should be normal, that in a democracy we are better served if every citizen votes, that it should be easy to vote, that elections focus on well-reasoned policy instead of lobbyist agendas, and that politicians seek office to be public servants where scandal and mudslinging take a back seat to critical issues?

Could we all agree that the unquestionable dignity of human beings should be normal, and that matters of race, ethnicity, gender, faith, sexual orientation, and age have no place in one person casting judgment on another?

Could we all agree that acknowledging life as precious should be normal, that empathy is preferable over insult, that competition can make us better when we all play by the same enforced set of rules, that learning is preferable to ignorance, that opportunity is unequally distributed and a more level playing field lowers the barriers that help us pursue our dreams?

So what is this normal we’re thinking is just over the next big hill, after the coronavirus vaccine is widely distributed at low cost, every racist criminal who has committed an atrocity is prosecuted, and national unemployment returns to 3%?

Would it surprise you if I suggested that the new normal will not be dissimilar to the prior normal?

That normal is likely to remain turmoil.

Remember, this is a warm-up for a commencement address. I have to make a critical point you are supposed to encode as part of an inspirational framework for the many difficult choices you will face for the next five to eight decades.

That’s my point. Normal is turmoil.

Notice I didn’t say that form of normal is good. I just called it out as real. Turmoil came before us. We are in turmoil now. When this turmoil is behind us, there will be more turmoil. I didn’t invent it. I’ve just lived it.

Turmoil is normal because we live in an age of enormous change. Change is also normal, but most people really don’t like change. They say they do, but they don’t. Change is unsettling. Change forces us to embrace new norms. A normal reaction to change is turmoil.

Another word for turmoil is volatility. If you invest in the stock market, you have likely learned that volatility is not the exception, it is the norm. Certainly there are periods of trading calm, but the truth is the market is wildly volatile. If you put your money into equities and haven’t braced yourself for seismic fluctuations, you have either deceived yourself or been deceived. You can’t control or predict market fluctuations. No one can. Before any strategy of diversification matters, you have to decide if you’re in or you’re out.

To the extent we have acquired any form of assets, we have the choice to get in or get out of investments, to accept or reject the upside or downside of the norm of volatility.

We don’t have that choice with everyday life. We’re stuck with volatility.

Why would my commencement advice be to ready yourself for perpetual turmoil? I haven’t the intellectual authority to examine the realms of good and evil as states of nature one way or the other, but I will be so bold as to embrace the notion that progress and reform are directionally consistent. We may not follow a linear path of questioning all that has come before us or how to address it, but the state of upheaval that erases former ills and allows us to tackle the next set of falsehoods repeats itself generation after generation.

It’s usually messy. It’s usually painful. You can wish it were otherwise, but there is scant evidence to prove that it’s not.

I don’t believe anyone said it better than Dr. King: “The arc of the moral universe is long, but it bends toward justice.”

The same can be said for science. We are going to be wrong way more times than we wish before we are right. Then when we are right, we are going to be wrong about something else. The trick is not to replace an established fact with an irresponsible opinion while we are wrestling to replace a terribly concocted opinion with a newly demonstrated fact. If any aspect of your work involves the proof or disproof of hypothesis, you know the path is about as linear as the tunnels inside an ant farm.

The question of trying to live with normal raises the question of what is extraordinary, the very definition of which is NOT normal. Yet in our dynamic, global, connected world, extraordinary events will continue to be our norm. Exponential advances in technology assure this.

No broadband internet, no working at home. No mobile phones with built-in video cameras, no catching a vicious cop in the act of murder and broadcasting the evidence. More technology is coming, folks. It’s all going to be very normal. If you don’t think it’s going to bring turmoil, I think I’ve lost you.

If you were graduating today and I had something that I could assure you would be true, it would be that all of the maturing years ahead of you will be filled with volatility. You are going to have to make a lot of decisions swiftly in response to turmoil. Precedent is not always going to be relevant, because precedent too often is going to be old-normal wrong.

Nimble thinking, quick thinking, flexible thinking, balanced thinking, and compassionate thinking will be consistently required to navigate this turmoil. Accepting turmoil as normal requires the essential skill of close listening and lifelong learning. Quickly separating noise from authenticity in order to process and respond to unknown situations is not a nice-to-have tool; it is an essential skill that must be honed.

Noise is the enemy. Facts are your friends. Sound evaluation and informed consensus-building are the building blocks of crisis avoidance and resolution.

Let me wrap up with a parting thought. Earlier this year, before this latest round of turmoil and while focused on the last (remember the ancient impeachment hearings?), I was at a social justice panel where the final question posed to one of the panelists was to offer a brief phrase of hope.

After a long pause, that panelist, an immigration attorney, suggested that her longstanding immersion in vicarious trauma has led her to some minor comfort in vicarious resilience.

Vicarious resilience. That was a notion I found both humbling and empowering.

Vicarious resilience. That was a notion I wanted to embrace.

This attorney represents refugees and asylum seekers stuck at the border facing endless obstructions. They never give up hope. She takes on their vicarious resilience and makes it her own to continue fighting the nearly impossible fight against all odds.

I have written a lot over the years about resilience, but not in that frame of reference.

If normal is turmoil, then our path through normal just might be vicarious resilience. Write that on the back of your diploma and remember it through your retirement.

Never give up hope.

Oh, and as Steve Jobs would say, one more thing:

Previously published on corporateintelligenceradio.com and is republished here under permission.
—

Ken Goldstein advises start-ups and established companies on brands, creative talent, e-commerce, and digital media strategy. He publishes the business blog CorporateIntel.us and is currently Chairman of the Board at ThriftBooks Global and Good Men Media. Previously he served as Chairman & CEO of SHOP.COM, Executive Vice President & Managing Director of Disney Online, and VP / Executive Publisher of Entertainment & Education for Broderbund Software. Ken is the author of three novels all published by The Story Plant: This Is Rage (2013),  Endless Encores (2015), and From Nothing (2018).

Normal could be what it is to obey the police officer, no questions, only self-preserving, staying free, without complaining. However, save it for the judge. Breathe instead of continuing to talk.

Facebook3Tweet2PinEmailShares5
wpDiscuz
1
0
Would love your thoughts, please comment.x
()
x
| Reply
Share this ArticleLike this article? Email it to a friend!
Email sent!