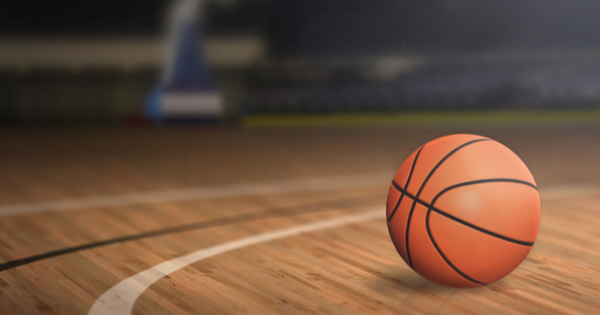 When I got home from work on Sunday night, I was watching the Royal Rumble and scrolling twitter. And a video showed up on my timeline that absolutely gutted me.

This video was of a young boy – maybe 11-12 years old. I forget the LA neighborhood where this video was taken. He’s clutching a Lakers’ purple and gold basketball and sobbing with inconsolable grief.

This past Sunday morning in a field near Calabasas, CA, there was a helicopter crash. Here were the nine human beings on board.

There were no survivors.

I’ve been racking my brain trying to come up with a story that compares to this, and I really can’t. 30 years ago, musician Stevie Ray Vaughan was killed in a helicopter crash near Milwaukee. And in sports, the closest I can think of was what happened when late baseball player Roy Halladay was killed when the plane he was piloting crashed into the Gulf of Mexico.

Stevie was one of the most influential guitarists of the past 50 years. And Roy Halladay was only the second pitcher in MLB history to throw a no-hitter in the postseason. They were stars.

But neither one was a star on the level of Kobe Bryant.

I’ve never been a huge basketball fan. While I appreciate the game, I don’t choose to seek out a Tuesday night game in January as a general rule.

But you can’t help but appreciate who Kobe Bryant was as a player. He was an 18-time all-star selection, four-time all-star game MVP, a one-time league MVP, and a 5-time NBA champion! He once scored 81 points in a 2006 game and he scored 60 in his final game in 2016!

I don’t want this to be a sports story. God knows enough of them have been written since the crash. I’ll leave that to others.

What I feel compelled to write about is this…Kobe Bryant was a king!

Let’s not get it twisted, the man was no saint. We can’t forget about his 2003 sexual assault trial in Denver. Prosecutors chose to drop the criminal charges against Bryant, but a civil case was settled with his accuser for an undisclosed amount.

When the news of the crash first broke. The first person I thought of was my dear friend Ian. Ian and I graduated together from our life coach training program in 2017 and have become dear friends. I like to call him my Caribbean brother from a different mother – Ian and his family live on the Cayman Islands. He’s much more of a basketball fan than I am. Primarily he’s a Lakers fan and truly idolized Kobe Bryant.

In the early going, I never understood Ian’s fascination with him. I always saw Kobe as a selfish jerk of a player. And I now I can see how my ignorance affected my judgement against him.

When I texted Ian after the news of the crash happened and it was confirmed Kobe was killed, Ian said something that will stay with me for a long time.

“That man taught me about myself so much. He was my mentor even if he didn’t know it.”

Ian is a new father to a beautiful little girl named Mercy. He’s a successful entrepreneur as well as a husband. And to say something this powerful really got me thinking.

I started digging into Kobe Bryant the man a little and I found a really fascinating story about him that I didn’t remember.

In 2011, the NBA hit Kobe with a $100 thousand fine. He got caught up in the moment of a game and called a referee a “f***ing faggot.” Kobe was heavily criticized for this incident, and rightfully so.

In 2013, Kobe called out a twitter user for making a gay slur in a thread on Kobe’s account. Another user reminded Kobe of the 2011 incident and here was Kobe’s response:

“That wasn’t cool and was ignorant on my part. I own it and learn from it and expect the same from others.”

Kobe had a moment of ignorance. He paid the price for it. And he took responsibility for it.

Y’all, that’s being a king.

I believe the legacy that Kobe Bryant left on the world is this. Kobe was a human being. He wasn’t superhuman. He was a man. Men make mistakes. But kings take responsibility for their mistakes.

A lot has been written about Kobe’s “mamba mentality.” Heck, he even wrote a book about it.

Kobe’s nickname was The Black Mamba. This was an alter ego he adopted because he wanted to be an assassin on the court. To be unstoppable and to take someone’s soul with the game on the line.

Some may choose to remember Kobe the basketball icon. And it’s hard to forget some of his basketball exploits – game 7 of the 2000 Western Conference Finals come to mind with his alley-oop to Shaq to ice his and Shaq’s first appearance in the NBA Finals.

But I choose to remember Kobe the man. The imperfect, complicated powerhouse that he was. The man who was devoted to his daughters and to his family.

On social media, Kobe called Gianna (or Gigi) “Mambacita.” Gianna was a gifted basketball player and had her sights set on playing college ball at Women’s College Basketball powerhouse University of Connecticut, and then moving on to playing in the WNBA.

And with confidence, Gianna would step up and say “nah. I got this.”

Kobe Bryant was a complicated man. He was an imperfect human being. But make no mistake about it, he was absolutely a king.

We can all mourn the passing of a basketball legend. But let’s not forget that Vanessa lost her husband, and Natalia, Bianka, and Capri (all of 7 months old) lost their Dad.

And the world lost a truly remarkable man.

FacebookTweetPinEmailShares20
wpDiscuz
0
0
Would love your thoughts, please comment.x
()
x
| Reply
Share this ArticleLike this article? Email it to a friend!
Email sent!