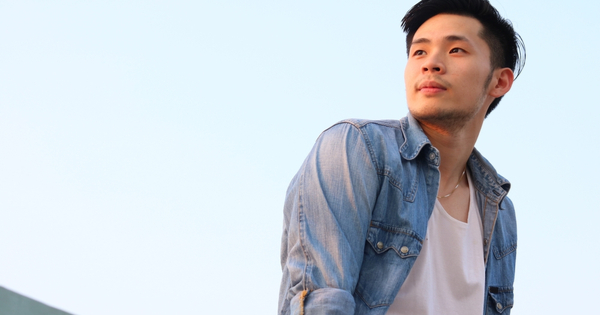 This might feel like an indictment of racial stereotypes and society. However, the majority of the pressure comes from my family itself. It is an expectation of perfection that has been self-imposed since birth. My parents have expected me to be a doctor since I was a kid — and my parents have always been hard on me and held the loftiest of expectations on me both professionally and academically.

He calls me once a week, and asks me about my progress getting into medical school and becoming a doctor. When I majored initially in chemistry, he got upset — he thought there were no jobs in chemistry, and that being a chemistry major meant that I had less of a shot in becoming a doctor. When I got a 2210 on my SAT after a couple attempts, my dad was upset that I didn’t perform as well as some of our family friends who got perfect scores. While it might sound harsh, it was pretty typical of the families in our community to be compared.

If you get offended by that, know that I have never been perceived by law enforcement as dangerous. I have always felt the sense that, in my encounters with police officers, I have been seen as harmless. I can’t say the same for the experiences of my Black and Hispanic brothers and sisters, no matter how “not racist” we all claim to be.

But still, I’m tired of being the model minority. I’m tired of it less from society and its expectations, but more so from my parents. I can’t tell you how many times my parents have told me, “You’re Chinese, and you know our pride in being Chinese. You are better than this.”

It might surprise you that my parents, and so many Asian families I know, buy into the tough conditional love, achievement-centered approach that perpetuates the model minority myth. But mine did, and they were unapologetic about it. The culture was just different from the families of most of my white friends.

I understand a big portion of why my parents imposed the model minority myth is because we were immigrants. I know many of my friends who had immigrant parents who expected nothing less than being a doctor, engineer, or lawyer. The reason is simple: your immigrant parents worked extremely hard to get to the United States, and they expect you to do the same.

According to Lee et al. in a 2012 study in the Journal of Community Health, Asian American young adults deal with an amalgam of mental health problems to meet the “model minority of stereotypes.” Part of the difficulty comes from societal expectations, but most of it comes from parental expectations and having to be the bridge between two cultures — the immigrant and the first generation culture. Asian-Americans also face isolation due to discrimination. Lee et al. state:

Young Asian Americans tend not to seek professional help for their mental health problems; instead they use personal support networks — close friends, significant others, and religious community.

Lee et al., at the end of the study sought to seek solutions to break down the stigma so many Asian-Americans face and experience. And I’ve sought to do the same because of my personal experience, struggling with my mental health, and having an older brother struggle with his mental health more than I do.

Much of our struggles come from the model minority myth and expectations that don’t align with who we are. My parents pressured my brother into being a doctor long before they did me because he was older. When my brother was in high school, he didn’t want to be a doctor. He wanted to be a pilot, but my parents struck that suggestion down and said he couldn’t do it.

“Who the fuck would want to fly in your plane?” my dad asked in Chinese.

If you think that sounds brutal, you’re only hearing half of it. I used to feel like that kind of dialogue we went through from my parents was abrasive. Now, I understand the constraints they were under as immigrants who supported their families back in China.

After all, when my dad became a doctor when I was a junior in high school, it turned our family into the upwardly mobile, rags to riches immigrant family. A couple of years earlier, we struggled to find a stable place to live and needed to move every year. I can’t say my parents were helicopter parents as much as the stories I heard from other Asian kids because they were never around much. They always worked. I’m sure they would have loved to helicopter parent me more, but they usually left me and my brother home alone.

We were left home alone since I was young. After all, my brother is seven years older than me. He could watch me. But he had his own life and obligations. He didn’t take much of an interest in watching me, and would watch his own TV shows and play his own video games.

On one occasion, my brother was in the bathroom, and I got into an accident. I tried wrestling with a teddy bear to test whether I could perform WWE moves. The teddy bear grazed the cover of the light, and it hit me in the forehead. I passed out for about a minute and then looked in the mirror to see a huge gash on my forehead. I cried and screamed for help, especially from my brother who was still in the bathroom, but he refused to get out — he thought I was messing with him.

Of course, I was 9 and only knew to do one thing. I called 911 and screamed at the operator that I thought I was going to die. My parents, in that moment, gave up on the hyperfocus on achievement. They weren’t mad at me and my brother, and started to get mad at themselves for not being home, for leaving a 15-year-old to be the person that primarily watched a 9-year-old. We were safe, okay, and above all, alive. They prioritized those things more than achievements for a while.

But back to the model minority myth — I still feel it. My parents still want me to be a doctor, and I understand it’s a natural desire. After all, it worked for my dad, so they think it’ll work for me too.

At the end of the day, I love my parents and I know they’re showing their love in a way that they see best. They are more materialistically-minded than I am, focused on external possessions like money, gadgets, and other ways to show you’re wealthy even if you aren’t actually wealthy. The most important thing is that other people think you’re wealthy, like the case of Jay Gatsby in The Great Gatsby.

And I want to break away from the model minority myth that my parents subjected me to, but I acknowledge I can do so only because I grew up significantly more privileged than them. I grew up in America. I never had to be an immigrant. I grew up poor, but I never grew up as poor as they did.

And my more privileged reality is only possible through the hard work of my parents. At some level, I want to prove I can be as successful as a doctor through my profession as a teacher and my own ingenuity on side hustles like writing, but I have to check myself and make sure I’m doing it for me, not the expectations of others.

Ryan is a believer, Baltimore City special ed teacher, and 2:40 marathoner. He abides by the golden rule of loving his neighbor, and is inspired by “The Wire”, God’s gift to the Earth.