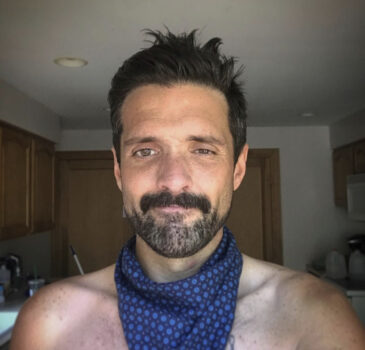 They say you should “write what you know,” and, well, unfortunately, I know suicide.

Many believe that the “S word” manifests instant death just by saying it. It’s not something people want to talk about.

I honestly don’t want to talk about suicide all the time either, but unfortunately, I have to. I made a promise a long time ago, and I’ve never gone back on it. It should be noted that I am not a doctor or psychiatrist or therapist of any kind. I am not trained in crisis counseling, nor am I a clergy person. However, I am a Suicide Attempt Survivor and a Suicide Survivor. Some refer to me as “one of the lucky ones,” when in all reality, most times it just feels like “being in limbo.” I feel like a wandering nomad.

I am no stranger to mental illness or suicide.

When I was a kid, my dad’s best friend died by suicide. I ended up overhearing a conversation between my parents and their friends and learned that day what suicide was.

Years later in high school, I was being relentlessly bullied on a daily basis with homophobic slurs and death threats. At a high school across town, another boy was being bullied for the same reason by the same bullies. At 14 years old, he ended his life.

At 24, I received a devastating health diagnosis. My doctor said, “You need to be strong for your friends and family.” It was 3 years later, after family fights and health obstacles, that I could no longer “be strong.” I was 27 when I decided to end my life. The doctors told my dad I would not survive the life flight. When I woke hours later, the nurse told me I was “very, very lucky.”

I once heard advice on dealing with grief that really resonated with me. “When in mourning, be louder than the grief.”

I started talking about my experiences publicly, and in time, I started to feel better. I told my story, and people started responding with, “Your honesty saved my life.” I realized, perhaps, I could make a difference. I became louder than my grief.

Years later on New Year’s Eve of 2018, I lost a long-time friend to an overdose. Six months later, half-way into 2019, I had another loss. It was a friend/mentor/family/big brother. His name was Den. He died by suicide. I was with him just days before. I can still hear him saying, “I’ll see you on Saturday.” 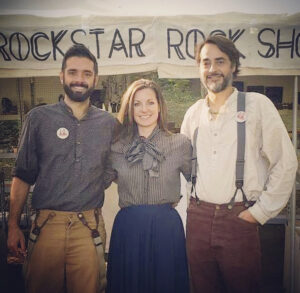 For more than a year, my mind went back to that moment at least 100 times a day, which led to anxiety attacks and me pulling the hairs in my right arm out as a coping mechanism. I cried inconsolably to myself every day, almost all day. I kept rewinding the tape, wondering if I missed something. If I could just go back, I could fix it.

Even at his funeral, looking at the urn, standing in the pouring rain, my mind was still bargaining. If I survived suicide, he could, too.

In a desperate attempt to “fix the situation” I got louder than my grief.

I started with raising money and walking for Movember, which led to me speaking with The Good Men Project.

From there, I went to talk with high school seniors about Suicide Prevention, and then was invited to speak at a Town Hall meeting to combat the rising suicide rate in a city right outside of Cleveland. I was receiving emails and messages on social media thanking me for being honest about my experiences and some asking advice almost daily. I had finally found the “cure for my grief.”

It was the third week of quarantine when my grief got louder than me. It was in the moment I knew I couldn’t risk handling it on my own, so I reached to the Suicide Prevention Hotline. As an attempt survivor, grieving a suicide can get very confusing.

I know all too well the moments leading up to that moment so my heart breaks with empathy for those lost, but I still feel the anger, too. I’m so mad that my friend couldn’t say, “I need help,” but I understand because I was there once, too. I was in that void, feeling the world would be better without me in it. This is a lie, I know. But, grief rarely makes sense in the void.

In the last nine months, I’ve learned a lot about my grief, and with the help of therapy and a support network, I found some balance. The truth is, for me, I don’t believe this grief will ever go away, and I’m ok with that. I also don’t believe I have to be louder than it to be heard or make a difference.

If there is one thing I want for us, for men’s mental health, it’s that we start speaking our truths, allowing ourselves to feel feelings and somehow find a healthy way to be comfortable with it and ask for help when we need it.

Especially now, during this pandemic.

I have been to the end of that road, and I now stand at the end of someone else’s. There are so many people trying desperately to end suicide and change the face of men’s mental health, and I believe it can be done.

I now realize I am one of the lucky ones. While nothing I do will bring my friends back, I can fight and speak for those out there struggling right now because no one should feel like they don’t matter; I don’t want anyone to have to go through any of these griefs.

All I can leave you with is this singular truth:

I don’t know you, but I know the world is so much better with you in it. I hope you see that, too, one day soon.

If you or a friend needs help, don’t hesitate to call the National Suicide Prevention Lifeline:

For Other Articles by Billy Tyler check out:

Move the Movember: We’re in This Together: Billy Tyler is Walking To Raise Awareness for Men’s Mental Health and Suicide Prevention

FacebookTweetPinEmailShares94
wpDiscuz
0
0
Would love your thoughts, please comment.x
()
x
| Reply
Share this ArticleLike this article? Email it to a friend!
Email sent!