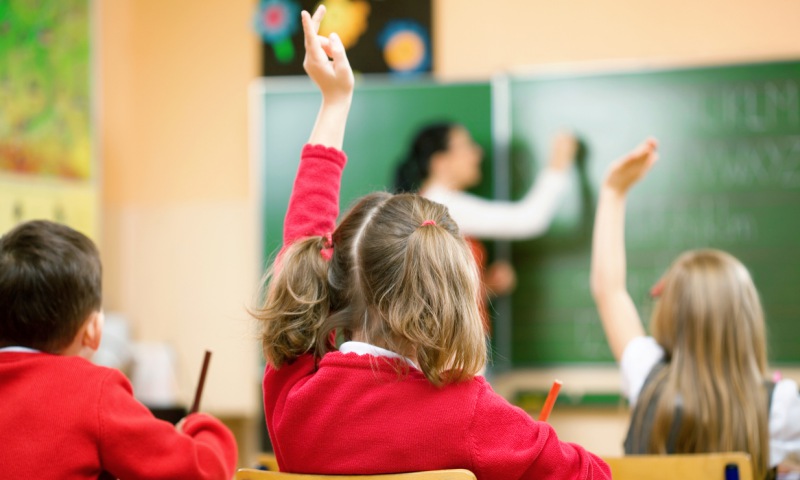 In seventh grade, I got an A- on a test. I came home and cried. My parents asked me what was wrong, and with my adolescent eye roll and you’re-so-stupid voice, I said, “What do you think? I got an A minus!” I was used to plus symbols adorning the ends of my As.

My teacher that year commented on my report card: “Sometimes I feel that Kerala is out to conquer the material, not just learn it.” I don’t think she meant the comment as a compliment, but I took it as such. For me, school was a conquest. I wanted to be the best, and according to my report card, I was.

I did enjoy the learning part — the thrill that came with finding the derivative of a given function or eloquently concluding a five-paragraph essay. But more than that, I liked knowing how to succeed.

In the classroom, there’s a certain simplicity. The teacher is in charge, and you do what he or she says, and at the end of the semester, you collect your grade. The more As you collect, the more praise you get, and the more opportunities present themselves.

Yes, you may occasionally encounter a teacher who doesn’t like you, or doesn’t believe in your potential. That can be devastating. If there is a level of subjectivity involved in the grading, perhaps you’ll get a B on that Hypercard presentation about cats that you poured your heart and soul into, instead of the A that you deserved. And you’re pretty sure you only got that B because the teacher didn’t like cats, and he layered his distaste for cats on top of his uncertainty about a girl’s ability to master a soon-to-be-obsolete computer program, and that single B marred the procession of As on your report card for three subsequent years, and you still get a little angry when you think about it, even though those As mean very little now.

I’m well aware that not everyone encounters the same straightforward path to success that I found in the classroom. There are students who struggle with learning disabilities, or other special needs, or unstable home lives, or under-resourced schools, or any number of obstacles that might stand in the way of focusing and learning. I was lucky in that I did not contend with any of these challenges. I had all the tools I needed to be successful in school, and it never once crossed my mind that this toolbox might fail me once I entered the “real world.”

Unfortunately, as I came to find out, I lacked the single tool that seems to be most directly correlated to success in the working world — a penis.

I grew up quite attuned to racial and class disparities, but I waltzed through most of childhood and my young adult years thinking the feminists had won. My parents both worked; my father often made dinner and washed the dishes to boot. On the whole, girls in my class did better than the boys and, unlike most of the boys, they generally had their shit together. There was a gender gap, to be sure, but it wasn’t a gap that seemed to favor the boys.

I witnessed this gender gap in action on the rare occasions that I wasn’t the last parent to pick up my son at preschool. I usually found the girls sitting around a table drawing pictures or doing other quiet activities that involved fine motor coordination. If the boys had actually managed to stay at the table, they were usually hitting one another and/or falling out of their chairs. If any of them had made an attempt at a drawing, it was generally a hasty explosion of scribbles, not the deliberate lines and shapes that adorned the girls’ papers. Also, the boys seemed uniquely incapable of registering the snot that dripped endlessly from their upper lips.

If you were to drop someone with no social context into a preschool classroom and ask them which gender would grow up to rule the world, they would be nuts to pick the boys.

If you were to drop someone with no social context into a preschool classroom and ask them which gender would grow up to rule the world, they would be nuts to pick the boys.

Females are naturally adept at the many of the skills that school success requires: we can sit still, juggle multiple priorities, keep track of deadlines, and follow the rules. In school, our innate abilities to manage complexity and our socialized pursuit of perfection is richly rewarded — everyone likes a straight-A student, and particularly a straight-A student who also plays sports and does theater.

Of course, in the working world, it’s good to know how to do the hell out of a project, how to manage your time, and how to meet deadlines. All of these skills are helpful, but they don’t guarantee much. You don’t automatically get rewarded for them. In fact, they don’t even guarantee a good performance review.

Or, maybe you are “in favor,” but viewed as having “less potential” because you don’t speak up enough in meetings, or because you are not adept at communicating with your boss via mental telepathy, or because you are a working mom whose children, God forbid, cannot transport themselves home from daycare.

Or, maybe you are “in favor,” but viewed as having “less potential” because you don’t speak up enough in meetings, or because you are not adept at communicating with your boss via mental telepathy, or because you are a working mom whose children, God forbid, cannot transport themselves home from daycare.

I once worked up the courage to let my (white male) boss know that I was interested in a director-level position and to ask him what I needed to do to get there. He paused, looking confused. The truth was, the path toward a higher position was hard to follow and full of forks that lacked signage.

My boss mumbled something about how I should maybe “blog more.” At the time, I was managing the company blog and for years had been posting two to three times per week. Not a word had once been uttered about “blogging more,” even though this was apparently my ticket to a promotion.

So I blogged more, knowing it was BS. In my solid, yet less-than-stellar performance review that followed about three months later, there was not a single mention of the frequency of my blog posts. Instead, there were a whole lot of other things that had never previously been communicated to me. I earned mostly 3s and 4s, the workplace equivalent of Cs and Bs, though I was assured that no one ever earned a 5 because that would make them complacent. I calculated that I had earned about 348 As over the course of my school career, and not a single one had ever made me complacent.

Those 3s, on the other hand, pissed me off. My first performance review at the company, three years prior, had been all 4s, which I could stomach, but each subsequent review became peppered with more and more 3s. In my humble opinion (which didn’t count for much), I was getting better at my job, not worse. But the winds that blew through the offices of the Executive Team were ever-changing, and plus, I’d had the gall to go have myself a baby. This, I learned the hard way, was against company protocol. It was one of the many rules left out of the handbook.

The bottom line is, I feel a little duped. A heads up would have been nice. Something like, “Hey, we know you’ve been rocking school for the last 17 years, but once you’re out of here, you’re going to enter a world where white men are mostly in charge. They’ll get promoted more, they’ll get paid more, and all the skills you’ve been taught will only take you so far.”

I did catch bits and pieces of this story. My teachers didn’t glorify Christopher Columbus. They assigned A People’s History of the United States as mandatory summer reading. They encouraged me to think critically and bring my own ideas to the table. But throughout what I should emphasize was a progressive and high-quality education, I still emerged after 17 years without a clear understanding of the fact that I live in a country whose institutions, systems, and structures have been, and are still, explicitly designed by and for white men.

If I had better understood this story, maybe I would have focused less energy on scoring 5s on all my AP tests and more energy on dismantling the white patriarchy.

Our country is brimming with girls and young women, my nine-year-old daughter included, who have brains, energy, and drive. They make up the majority of college students and graduate students and doctoral candidates. Then they go out into the working world, armed with their As, their awards, their internships, their test scores. And they find that none of it counts for much. The system that gingerly welcomes them may value brains, energy, and drive, but it overwhelmingly rewards the perfect trifecta of overconfidence, white skin, and male genitalia.

The system that gingerly welcomes them may value brains, energy, and drive, but it overwhelmingly rewards the perfect trifecta of overconfidence, white skin, and male genitalia.

If at some point, these same young women go on to have children, they will find themselves balancing their work responsibilities with hours of unpaid invisible labor, for which school didn’t prepare them at all. Again, time management helps, but it isn’t rewarded. In fact, we are penalized for our ability to juggle multiple priorities because why in the world do we have multiple priorities? Shame on us for having any priorities outside of work.

I watch my daughter now, even in her online classes — always raising her hand, offering to lead discussions, tearing through Seesaw assignments, winning leadership awards, taking advanced math classes, and generally shining. I’m proud, of course, but I don’t know how to bridge the gap between the empowerment she feels at school and what awaits her in the working world. As a multiracial, brown-skinned female, she will likely encounter even more formidable obstacles to her success.

We need to think more carefully about the messages we send to our daughters, to our next generation of women. Yes, we want to empower them; yes, we want to encourage them to “be anything they want to be.” But we also need to be honest and open about what it really means to be a working woman in a system where white men reign supreme. We need to arm them for the battles yet to be won.

This post was previously published on Equality Includes You.

I write about motherhood as it is: full of confusion, joy, terror, fury, love, grief, exhaustion, hilarity, and bodily fluids. Often all in the course of a day.