Get Daily Email
Join/Login CLOSE
Home / Ethics & Values / How Do You Love Your Neighbor When They Want To Do You Harm?

I am writing this a few days after one of the most horrific events in my lifetime, the January 6th assault, not only on the Capitol building but on the Constitution, the citizenry, decency, our elected officials, the police, and the National Guard by people who took up arms, at the behest of the outgoing president to ‘storm the castle’.

The scenes keep replaying in my mind, in part because I can’t unsee them, but also because I have been watching them broadcast on CNN and MSNBC and described in articles, on social media, and on NPR. Perhaps I am intentionally re-traumatizing myself by doing it since it dredges up tremendous sadness, rage, and despair. I feel a need, both as a journalist and psychotherapist to stay informed and also to eke out some comfort from the grownups in the room who have answers for my questions.

They are experts in the fields of defense, counter-intelligence, history, and the law. They have shared their input with precision and gravitas.

The one question they can’t answer for me is a spiritual one.

How do I love those who endangered the entire world with their actions, fueled by hatred and fed by lies from a man who is more than merely a sore loser? If you tell folks lies enough times, they will come to see them as gospel truth. When people’s minds are clogged with hatred and derision for ‘the other,’ it is inevitable that when someone comes along to tell them they are right and ‘those people’ are wrong, you have a perfect recipe for what transpired.

I wrote a piece for Elephant Journal called “Which is more Horrifying-The Actions of the Outgoing President or Those Who Enable Him?’  In it, I shared quite graphically, what transpired and how I envision it impacting on those I treat in therapy and those in my daily life, including the woman in the mirror. I suggested that we need a global group therapy session to process the trauma.

I consider that some of those in attendance are my neighbors since a local businessman rented several buses to transport people to DC. Although they would declare that they were only exercising their First Amendment Rights, they were doing so with the intent to overthrow a legitimate election outcome because their guy didn’t receive sufficient votes to retain the office for which he is ill-suited. Some who attended, traveling from all over the map, carried a deadly virus which they tramped all over the Capitol building, along with (so I’ve read) feces that was smeared throughout, a literal and symbolic expression of what they were doing. The only good thing about their flouting of the mask-wearing protocol is that it made their faces visible to the police and FBI, as well as their employers, families, and friends. Hard to imagine that anyone who signed up to go, did so imagining that it would be a peaceful expression of their dissatisfaction about the election results. Some came, bearing weapons, pipe bombs, nooses, and zip ties. Even if they didn’t enter the building and stood outside cheering the invaders on, they are complicit.

The symbolic throne upon which Donald Trump sat for four years was not a place that reflected the words, “I do solemnly swear (or affirm) that I will faithfully execute the Office of President of the United States, and will to the best of my ability, preserve, protect and defend the Constitution of the United States.”

Instead, it was a perch from which he hurled invectives against the media (if they called him on his behavior), women, immigrants, POC, those in the LGBTQ+ community, and those who were not white Christian men. In his realm, they were seen as ‘the enemy’. He had his following convinced that he was their savior who would rain down hellfire on those who didn’t align with them. Never in my lifetime, have I thought of voters as ‘followers’ of a particular candidate. Those in government who turned a blind eye to his atrocities while in office that was intensified in the waning weeks of his term, are also complicit in what happened on Wednesday, another ‘day which will live in infamy’.

Those I know who voted for him would disavow the actions of the seditionists-terrorists who broke through the barriers, smashed in windows, scaled the sides of the building as if it was a gymnasium rock wall, waving flags and wearing shirts that revealed their souls, including a Confederate flag and Nazi symbols. I shivered in horror at the sight of them making their way through the hallways and up the stairs as if they were a swarm of ants. I felt nauseated at the images of them charging the officers who were grossly overmatched at first until the National Guard was summoned, not by the current occupant of the Oval Office at the insistence of the Mayor of DC, but by the Vice President. A clip I saw last night showed them trapping a police officer in a door as he screamed in pain. So much for ‘Blue Lives Matter,’ and following the rule of law. So much for patriotism as one man swapped out an American flag for a Trump flag on a balcony of the Capitol building.

I am a therapist and minister as well as a journalist and have a responsibility to take my own inventory and examine my own belief systems so I can best be of service. I am struggling with this one, big time. How do I face those who voted for him and thus enabled this to happen? How do I not cringe when I drive past houses in my area that still, as if in defiance of reality, proudly fly their Trump flags as if they take precedence over the stars and stripes? How do I let go of my agitation over the entire episode?  I pray… A LOT. I cry. I talk to family and friends. I write about it both publically and in my journal. I listen to uplifting music. I envision a brighter future where hearts are opened and minds are changed. One Day.

Did you get an answer to that question in the title of the article? 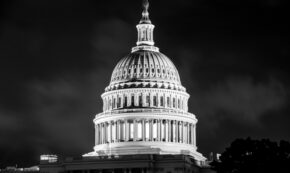 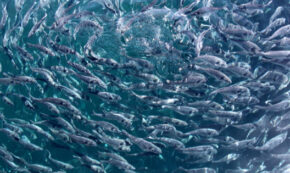 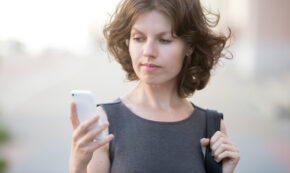 FacebookTweetPinEmailShares310
wpDiscuz
2
0
Would love your thoughts, please comment.x
()
x
| Reply
Share this ArticleLike this article? Email it to a friend!
Email sent!