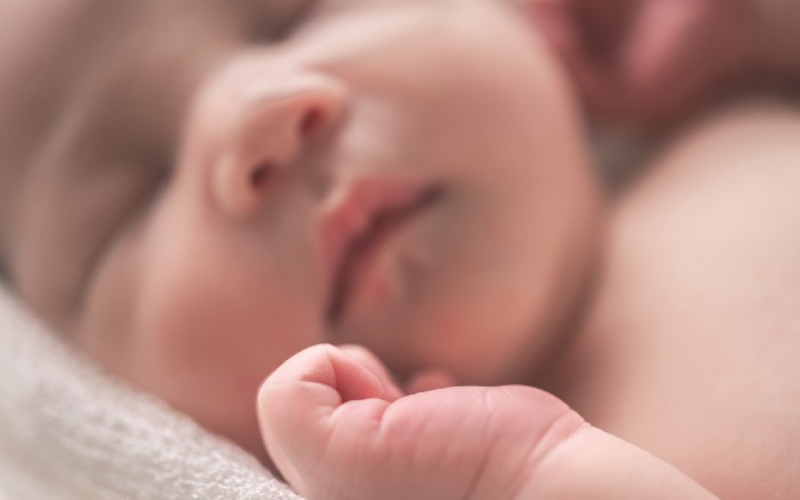 Unlike most moments in our lives, which blend shapelessly one into the next, some stand out as lighthouses on the horizon of our timescape. They cast their special light, and they change the shading of everything that came before and everything that is to follow. When we are alive in moments like these, our lives become an enchanted forest, angels ‘round every bend. The world, once dark, is suddenly full of light.

Last night, I stood in the quiet aftermath of one such moment, a ruby in my arms, barely one week old.

Gazing transfixed at the light and shadows of dusk, her newest eyes not yet fully focused, she took in our broken 2020 world. What a world it is — pandemic, race riots, the US again ripped in two by red and blue; We are a people in deep need of grace, so that’s what her parents named her.

What a world it is — pandemic, race riots, the US again ripped in two…

Fin de Siecle, or the phenomenon of unrest at the end of a century was observed in French culture at the turn of the 19th century, and could be seen in the mounting anxiety at the turn of this past millennium. But, as Y2K arrived, the world’s super computers did not zero out, nor did cataclysm in 2012, as the termination of the Mayan calendar implied.

Still, 2020 has proven that our concerns were not so far off.
The world did not end in 2012, but it did become so much heavier.

The meteoric rise we can now map in rates of anxiety, depression, teen suicide, opioid abuse and more began their upward climbs between 2000 and 2012. We’ve all been in need of grace for quite some time.

We’ve all been in need of grace for quite some time.

Grace’s birth was both a miracle and a nightmare, depending on whom you ask. For her mother, sliced open in an OR, staring into a screen at her husband during a year already saturated by screens, it was hell on earth.

Her husband had taken the place I held in childhood as her protector and her confidant, but he couldn’t be with her in the OR that night, as he was himself a patient in the same hospital, gasping for air through fiber filled lungs, trying to choose among curses called “post-COVID” or perhaps worse yet, “cancer.”

My own nightmare, by contrast, had unfolded in the months prior and it had been much more subtle. I was grounded by a pandemic a world away.

An American expat, I’ve found it dumbfounding to observe 2020 from afar. I am a resident of a different terror-stricken nation. As such, I have long known that the world looks worse through the lens of a newsfeed than it does through the perception of actual life.

In the day to day, there are always pauses between atrocities, no matter their horror. The news feed, by contrast, gives us no break, no chance to catch our breath, amidst its relentless stream of story after story, crisis after crisis.

As we neared the end of the first score of the 21st century, the already bleak newsfeed of the US grew unfathomable; monthly school shootings evolved into stories of full-blown race riots. A trickle from a novel disease became an avalanche of 230,000 lives lost, and counting. The feed reported chaos run rampant, punctuated by natural disasters and hate.

During the week before I arrived for the birth, Californians could not go outdoors, the air unbreathable thanks to raging fires. Perhaps the world really was ending, I mused, and so pandemic be damned, I packed up my kids and flew back to Los Angeles.

To my untrained eyes, that my sister’s belly had been slashed open was the stuff of nightmares, but that of course, is only a matter of perspective. In truth, even as the world swirled outside the walls of the hospital, in the OR, it was the epitome of order. There, a well-trained surgeon led an expert team in delivering a baby who was entering the world as scheduled, albeit a few hours early.

Once it became clear that daddy would be too sick to stand in the OR, the couple considered delaying Grace’s birth, but the baby would not hear of it, the contractions of labor themselves the sound of God’s laughter at the plans we humans make.

It strains the imagination to claim that our departure for the hospital, amniotic fluid streaming down my sister’s thighs, just one hour after Grace’s father was admitted to oncology with a fever raging was mere coincidence, but such implausibility makes it no less true. That they were also sent home one hour apart three days later, hints at the hand-at-work guiding it all.

The story continued to feel like a nightmare for its players, even amidst a great deal of medical good news. Tests began to reveal that worst fears were unfounded, and a healthy baby, ten fingers and ten toes began to explore the world. I was freest to take all of that in, not having undergone surgery, or labor for that matter, an experienced mother who doesn’t need much sleep anyway, who was there only to give of my love. Most of the time, all Grace needed was loving attention, mother’s milk or a warm hand on her new body, to settled her rare cries.

That we were all in the presence of miracles was revealed in the most unexpected of ways, and it began with a chant from a sick daddy with his boys, who only knew that both of their parents were in the hospital, one on the third floor and one on the first. This is a family who dresses in Dodgers’ jerseys in the regular season, who stays to run the bases after the game. So, when their team pulled ahead 3–2 going into Game 6 of the World Series, even during a nightmare, there was no doubt that everyone would tune in.

By the sixth inning, the team was down 0–1, mom in Postpartum and dad in Oncology, the boys watching at grandma’s house, herself a lifelong fan. Feeling strong, daddy called his boys and they resolved that the team needed some psychic support, even from afar. “Wake up the bats, wake up the bats, wake up the bats” they chanted through their computer screens, and just then the game turned, with Mookie Betts hitting a double, putting runners on second and third, who would both score. When the Dodgers won the series later that night, father and sons cheered and cried celebrating a victory thirty-two years in the making.

As you can imagine, this sweet family’s story was the talk of the hospital. By the end of the game, the many doctors charged with the three patients’ care had granted permission for daddy to make the trek from the third floor to the first, to meet his newborn daughter.

The COVID world of screens and of hospital patients separated from their families receded, eclipsed by a night of togetherness.

How could it be, the arrival of angels, of so much grace, amidst so much chaos? How can it both be true that the World Series would turn just as the boys began to chant and that the American democracy could be on the brink of collapse at the same time? How could it be that I found myself in exactly the right place at exactly the right time, just to hold Grace in my arms, even as a third wave of pandemic swells?

To say that it is all a matter of perspective, of counting blessings and taking life’s challenges day by day feels insufficient. Such a claim fails to honor the angels that decorated the hospital corridors, the flawless c-section, the simultaneous discharge and the reunited healthy family.

In living peak moments like these, we can’t help but marvel that the world is simultaneously the domain of blessings and of curses, of order and chaos. Both are true. Chaos swirls. Angels abound. And, though this daddy received an all-clear from the Oncology ward, thousands of other parents and children are far less lucky.

In 2020, the world seems to hang in the balance, the forces of chaos threatening to overwhelm us all. What then tips the balance?

What can bring us back from the brink?

Holding Grace in my arms, it’s clear, the only answer is love. Purest love; the kind that gushes naturally from our hearts towards infants, innocent and so very vulnerable, the kind that calls us to stretch for the other, to give up a night’s sleep in order to soothe a baby’s cries, to sacrifice so that there will be fewer tears in the world.

Mortality is humanity’s greatest blessing and our greatest curse. The fact of it is at the root of all suffering and the very thing that makes us cherish life. “I can’t lose you” our hearts naturally plead. “Don’t ever leave me.”

When facing death, we stop taking one another for granted.

Though pandemic has sown chaos in every corner of 2020, it has also amplified this cry. Life is so precious. “Please God, don’t take it from us.”

Our power to tip the forces of chaos towards love, to stop the swirling seas that threaten to engulf us all around lies in our ability to hear that cry.

Life is so precious.

All living creatures want to be safe and to know love. All of us. Just that.
Grace is the reminder that nothing else matters. Just holding one another. Just tender touch. Just a gentle hand on a warm heart, the loving attention that says, “I’m here.” When we have that, the chaos fades away. That is what we need to give one another now, as 2020 wears on, as we move, please God, from suffering to healing.

About Sarene B. Arias