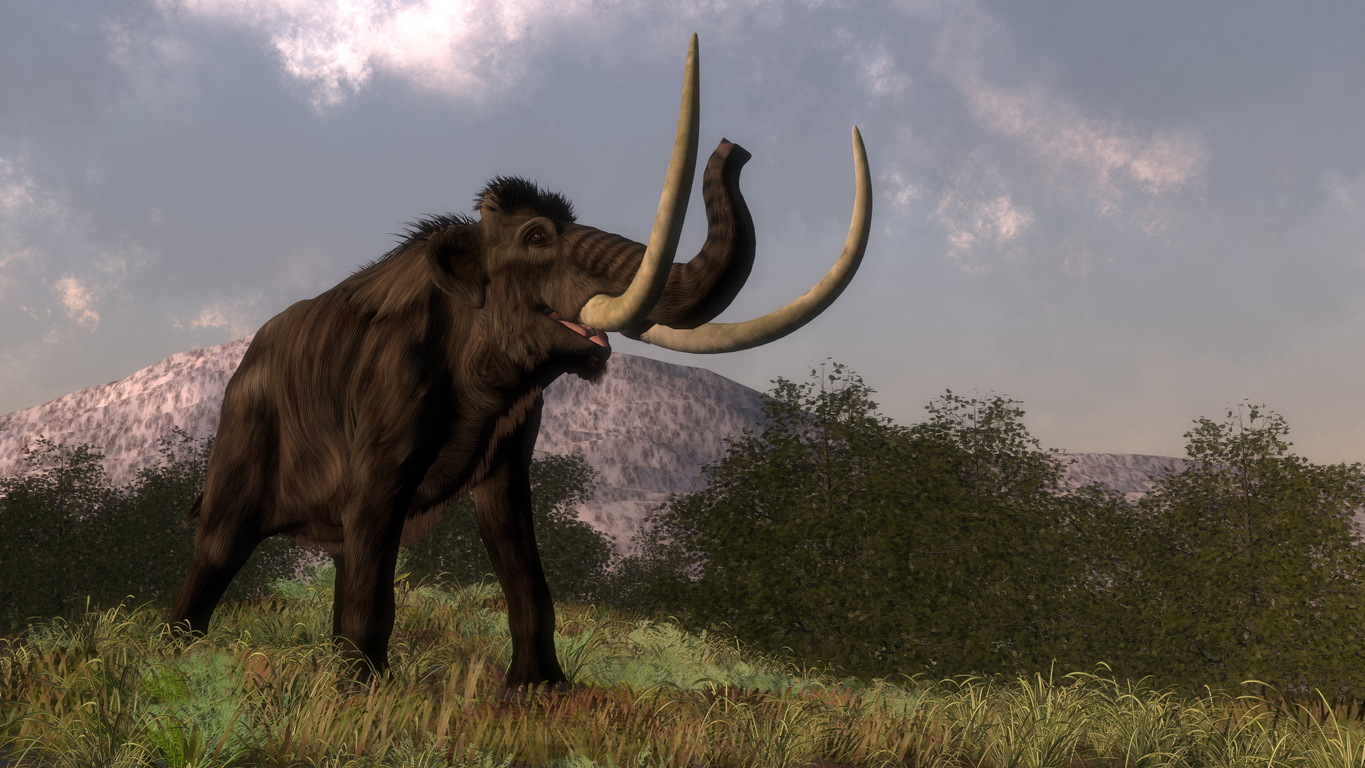 Think of it as the day a comet set the Earth on fire. Researchers have evidence of widespread and devastating forest fires around half the world – a blaze to blot out the light of the sun – and all of it at a geological boundary called the Younger Dryas, 13,500 years ago.

The evidence, they say, supports the hypothesis that planet Earth sailed through a cloud of shattered cometary dust and stones, and the atmospheric violence that followed was enough to set light to accumulated forest timber, peat and grasses across the Americas, Europe and western Asia.

The conflagration triggered dramatic climate change and may have contributed not just to the decline of the mammoth and the mastodon and other Ice Age giants, but may have ended the Clovis civilisation – which takes its name from the discovery of distinctive spearpoints in Clovis, New Mexico – of early North America.

The evidence comes in two papers in the Journal of Geology, which catalogue vast quantities of soot and ash, all of the same timeline, preserved in ice cores, ancient glaciers, lake beds, ocean muds and rock sediments.

“The biomass burning was so extensive and voluminous that it blocked out the sun, causing an impact winter, with profound effects on life on Earth, particularly large animals and humans”

Scientists also found evidence of ammonium, nitrate, acetate, oxalate and other aerosols linked to the combustion of plant material. The link between the fires across a whole hemisphere and cometary impact comes from separate finds at the same horizon, of melt glass, microscopic diamonds, platinum dust and other debris that could be explained by a smash hit from outer space.

The big impact theory of mass extinction is now almost 40 years old: in 1980, US researchers found a telltale concentration of the element iridium – rare on Earth, more often found in asteroids – at the boundary of the Cretaceous and the Tertiary Periods 65 million years ago, and linked a giant impact to the end of the dinosaurs.

That there was a cosmic collision at the end of the Cretaceous is now widely accepted. Palaeontologists still argue about what actually killed the dinosaurs. But the planet is in a free-fire zone, and must have been hit many times by heavenly projectiles.

For years, researchers have tried to match the extinction of Ice Age megafauna – woolly mammoths in North America, oversized marsupials in Australia and so on – with either climate change, or the arrival of human hunters, or some agency from outer space.

Now researchers think the discovery of smoke in ancient ice cores and other places must point to a smoking gun.

“The biomass burning was so extensive and voluminous – we have evidence of it over North America, South America, Western Europe and the western part of Asia – that it blocked out the sun, causing an impact winter, with profound effects on life on Earth, particularly large animals and humans,” said James Kennett, a professor emeritus at the University of California Santa Barbara.

“The impact winter itself was also part of what triggered the Younger Dryas cooling in the Northern Hemisphere.”

Arguments of this kind are closely linked to concern with climate change as a consequence of profligate combustion of fossil fuels by humankind, with a sharp build-up of greenhouse gases in the atmosphere to raise planetary temperatures with potentially calamitous consequences.

To make sense of what is happening now, climate scientists have for decades been carefully analysing climate change in the past: none of it linked to human action, but most of it linked to carbon dioxide levels in the atmosphere.

To do this, they have carefully reconstructed climate history from evidence in the rocks, ice cores, marine sediments and lake beds – and then tried to identify the bygone agents of change.

And although the cometary impact theory has its supporters – and asteroids and comets have been adding to the Earth’s minerals throughout the last 4.5 billion years – the debate is likely to go on.

Palaeontologists and climate scientists continue to argue about the disappearance of the great Ice Age species, about the role of human hunter-gatherers in any mass extinction, and about the levels of damage  any cosmic collision may have caused.

The latest studies add to the body of evidence: they tell a story of a blaze so vast and widespread it consumed almost one-tenth of the planet’s biomass, over an area of 10 million square kilometres, in a matter of weeks. It helps that a mix of corroborative testimony comes from a variety of sources.

“The ice cores are the most persuasive because they are so well dated,” said Professor Kennett. “What’s more, they provide sound geochemical results that point to a large biomass burning event precisely coinciding with the Younger Dryas Boundary layer formed when this major comet impacted Earth.” – Climate News Network

This post was previously published on Climatenewsnetwork.net with Creative Commons license CC BY-ND 4.0.