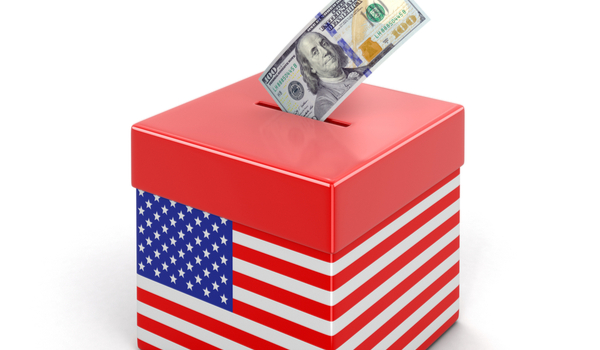 I’ll try to make this super quick and simple, though it’s complicated to simply state how to save America.

Combining politics and parenting? Why not? Politics is about managing our country so that our kids can have better lives. We can make it a civil dialogue.

In our era of broken government, I feel the only issue that matters is campaign finance reform. It’s the silver bullet that would make government efficient because separating money and politics would make elected officials represent the people, not the powerful.

With few exceptions, our politicians are beholden to special interests and rich people. The politicians beg for money to run their campaigns to keep them in office. In turn, they vote the way rich people would wish.

I’ve witnessed it first-hand. A candidate I worked for (who didn’t even need to raise money) was forced to kiss the ring of a local mover-and-shaker. In front of me, this Mr. Moneybags maxed out a contribution check, but held it back, saying, “And I’m sure you know what I care most about is XYZ.”

Then Mr. Moneybags handed over the check.

Whenever issue XYZ came to a vote, I’m certain my candidate thought of Mr. Moneybags.

And mine was one of the good candidates!

I know, I know. It’s a pipe-dream. But it’s not impossible, especially since I think a vast majority of citizens, Republicans and Democrats, agree.

Why am I writing this, now?

I have no illusions that anyone is making campaign finance reform a top priority, right now. Much more impassioned and inflammatory issues are taking center stage.

However, if we did focus on campaign finance reform, many of our problems (anti-racism, police reform, science vs. nonsense, pandemic management and a debilitating health care coverage crisis) could be addressed and dealt with head-on. Why? Because then politicians would be beholden to the MAJORITY of their constituents…not the moneyed elite.

That is how to save America.

The new Congress in 2019 passed as its first bill H.R. 1 which included campaign finance reform.

(Barack Obama talked about reform in 2008, but then it was inconvenient for the most prodigious fundraiser in American history to talk limits.)

As the current Presidential campaign becomes more involved and complex, the candidates (well,, Biden) will realize that to make politicians beholden to citizens what we need is three-fold:

Can Biden do this? It’s complicated. Moreover, career politicians like their cushy jobs. They’d have to listen to a majority of their constituents, not their minority of rich donors.

If they keeps that up, they’ve got my enthusiastic support.

How to save America? Campaign. Finance. Reform.

That makes a better future for all our kids.

Gavin Lodge is a father/writer/designer/actor trying not to fall short on all simultaneous fronts. He lives in New York City with his partner and two children and co-chairs his kids' PTA while auditioning for TV, film and Broadway. He is the founder of E.C.Knox, baby gear for stylish dads, a company empowering proud fathers who want to maintain their sense of style along with their pride in parenting.

Facebook3Tweet2PinEmailShares5
wpDiscuz
0
0
Would love your thoughts, please comment.x
()
x
| Reply
Share this ArticleLike this article? Email it to a friend!
Email sent!