Get Daily Email
Join/Login CLOSE
Home / Featured Content / Long Distance: How We Fell More and More in Love While Being 4800 Miles Apart Have you ever wondered how time flies when you are with someone you love, and suddenly it all comes to a screeching halt when they leave? A major part of my life was put on hold for 8 years, because that was the time I spent waiting to be with the guy I loved the most.

I dated my boyfriend for 8 years, before getting married to him, and for all those 8 years, we were in a long-distance relationship — miles apart. I would be lying if I say it was easy. None of it was. Not one day, not one moment.

Every relationship has challenges and the moments that make you weak, force you to surrender and give-up to the situations. But you should always remember one thing — that situations won’t remain the same. You might lose the person now, just because the situations are hard, but it’s not going to be like this forever. And when the situations get better, there will be no way to go back.

This is what I kept reminding myself every single day for those 8 years that we were in a long-distance relationship (from 2011 to 2019). I kept chanting this as a prayer, every night before I went to bed, because sometimes when I missed him so much, the pain would become so unbearable that it started to feel like something is piercing my heart physically.

The mental pain, somehow transformed into physical trauma with time. And there was no option, but to stay where I was, and stay as much in love with him, as I was on the first day that this relationship started. But every time a piece of my heart broke when I went to see him off at the airport.

I was in India (Hyderabad) and he moved to Europe (Amsterdam) in 2018. The relationship also came with added benefits of a 4.5 hours time difference!

Airports used to scare me. They still do. Sometimes, I have nightmares where I dream about seeing him off at an airport, and not knowing when will I see him again. And then I wake up suddenly, seeing him lying next to me in the bed. That’s when I tell myself, ‘Yes, we made it. The hard part is over.’

But I have very few memories of airports that are actually happy. The times I went to receive him used to be a short-lived memory. But every time I used to see him off, used to be a prolonged ache and a feeling of sheer helplessness. Where I stared at him till the time he disappeared into the thick crowd of people bustling at the terminal.

Did I ever think about breaking up?

Honestly, I did. Many times. So did he. But every time we even imagined one day without talking to each other, it became impossible. We tried going out of touch, but one of us would end up being weak and texting the other person. And it all went back to square one. I know that the situations were surely not in our favor, but breaking-up felt even worse.

How could we leave each other for no reason at all?

My friends always told me that long-distance is enough of a reason to break up and move on. Find new partner. Look for other options. For how long will you be in a relationship with your phone?

But I never listened to them, because inside my heart I always knew that the kind of love I have for him, I can never have it for any other man, ever. I never believed that long-distance is a reason to break-up.

It was not his fault. Neither it was mine. We chose the careers, took the options and made the choices. Then there was no reason to put the blame on anything else.

Every time I felt helpless, I used to tell myself that there were times when people used to write each other letters, wait for months for their replies, and yet marriages survived. Relationships survived. People waited. They were patient. Those were also the times.

And now we are blessed with technology that allows us to see each other’s faces whenever we want, and talk to each other just like we are sitting across a table. But instead, relationships have become unstable, uncertain and vulnerable. We got this technology hardly one decade back. Before 2010 video calls were not that common, neither was internet that cheap or fast. We had dial-up connections that took minutes to send an email!

But in just one decade of tech-advancement, if that’s the state of our relationships, how will it work in future?

We now rely on apps like Tinder and Bumble to hook-up with people for hours or days, and then break-up. We can’t deny that such quick relationships have also filled up a large percentage of people with anxiety issues and self-doubt. They are judging each other on the base of their looks, their clothes and their financial power.

It was too regressive then, and it is too progressive now. I have witnessed many cases among my own friends where people just broke-up because they were in long-distance relationship. They didn’t try. They didn’t even wait for things to get better or find solutions to be together. They just left each other. That seemed easier, they said.

What kept us going?

The only thing that kept us going was love. When we came in a relationship, we were classmates in school. We didn’t have jobs, to judge each other by our finances or let money rule our relationship. We liked each other for who we were in the purest sense. And that is what became a foundation for our relationship.

Being each other’s advisor and mentor

Another big thing that we have in our relationship is that — we never really got bored of each other. We always had something new to discuss or plan, new mutual goals to achieve, we took responsibility of each other’s work-lives and turned our careers into a project or an assignment that we had to constantly work on. We helped each other grow and explore different areas in life.

While my husband was too conscious to move to Netherlands, I gave him the push that he lacked. And when I was scared to take-up a design entrance exam, he encouraged me and I got selected in one of the finest design schools for my masters.

We credit each other for the little success that we’ve got so far in our careers. And that is what made us fall in love more, and more, even though we were in long-distance relationship for years at stretch.

In India, there is still a prominent culture of arranged marriages, where families will suggest you to meet the right people — people that match your financial/social status and get you married to them.

But when it dawned upon us that our families will not agree for our wedding, that’s when we formed a team and worked as hard as we could to get that small success to prove that we are good for each other (that’s a story for another time).

We knew we had a lot to achieve to walk up to our families one day and say, ‘This is the girl/guy I have chosen to get married to, and I am proud of my decision’.

That confidence is what cost us all this time, and that pride took eight years to come… 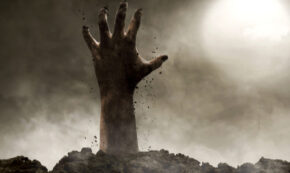 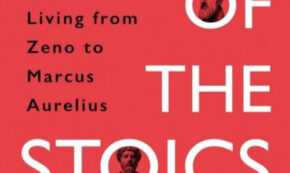 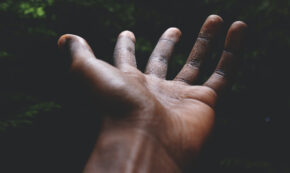 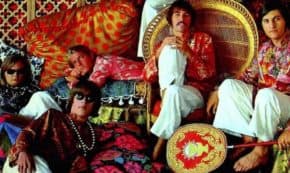 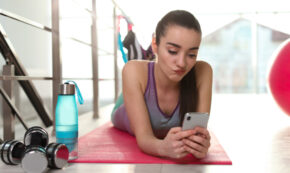 FacebookTweetPinEmailShares52
wpDiscuz
0
0
Would love your thoughts, please comment.x
()
x
| Reply
Share this ArticleLike this article? Email it to a friend!
Email sent!