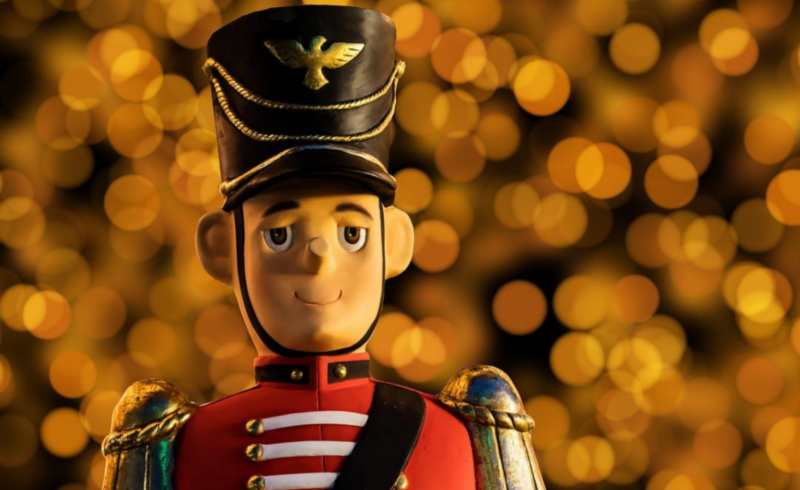 On February 14th, people around the world celebrate love — or what they think is love. Chocolates in heart-shaped boxes, roses, and sentimental cards are exchanged — and woe to the couple that won’t be dining over candlelight. A naked winged child armed with a bow and arrow serves as the master of ceremonies and symbolizes the day.

Never mind the fact that this holiday began as a day of veneration for a canonized martyr, or that Cupid — or Eros, as he was referred to by the Greeks — is not the deity of love, but rather of desire, lust, and attraction. Be that as it may, the day is a perfect example of how we often conflate infatuation with love.

Infatuation, also referred to as being smitten, is usually marked by euphoria. Someone who is infatuated with another person may feel carried away by passion. They obsess and admire the object of their infatuation, often overlooking faults. Unfortunately, infatuation does not last, though it can linger on within a person for anywhere between 18 months to 3 years, according to some estimates.

Infatuation can occur for any number of reasons, in any number of contexts. Someone might become enamored of a colleague or coworker because of their appearance. There might be a spark of excitement that ignites when someone speaks with a stranger on the subway. Perhaps something about an online acquaintance being to pique one’s interest in carrying the relationship beyond swapping comments on each other’s posts. Whatever the case may be, this person has been struck by Cupid’s arrows — but it isn’t love.

Love has been described as many things by theologians, philosophers, singers, and scientists. Personally, I have always found the strongest indicator of what love actually is to be the Biblical verse describing Isaac and Rebecca: “so she became his wife, and he loved her.” At first glance, something seems off about this line. Shouldn’t you love someone before marrying them? But actually, this line contains a deep truth about love, one that continually eludes most of us who often confuse love with infatuation.

Love comes in many degrees, at least according to the colloquial way we use it. I love taco night, but I love my best friend more. And probably, if I am married happily, I love my spouse more than my best friend. As it relates to the relationship between two people, love is a state of unity between two people. At some unseen level, regardless of the daily manifestation of their love, they are one entity. Between friends, this unity might stand from a sense of shared values and decades of spending time together. Between lovers, this unity might be a sense of possessing one soul shared by two bodies (barf, I know…despite my authorship of this article, I’m really not the lovey-dovey type).

In any case, love is a deep connection or unity that is achieved over time. It is not a feeling, despite the fact that we frequently refer to love as a feeling. You cannot love someone you just met at the bar or at a house party…though you can be infatuated. You cannot even love someone you’ve been dating for 12 months, though you may think you do love them. Perhaps you do to some degree. But more likely, it would be more accurate to say you are in love — in other words…infatuated.

And yet, it is more than possible, and in many cases, even likely for infatuation to turn into love.

To illustrate this progression and to better understand the difference between love and infatuation, I’d like to share with you a fairy-tale written by Hans Christian Anderson, The Steadfast Tin Soldier.

Once upon a time, a little boy was given a set of 25 tin soldiers. One of these soldiers — the last one of the set to be cast — was missing a leg. He would stand at attention and endlessly admire a pretty, spangled, paper ballerina, also standing on one leg…though in actuality, her pose was part of the dance routine in which she was frozen, while his was an unfortunate deformity.

A goblin in a jack-in-the-box who happened to be jealous for the ballerina pushed the tin soldier out of the window. The soldier endured many trials, such as traveling down the sewer in a paper boat, and getting swallowed by a fish. The fish ended up getting caught and delivered to the very home of the same boy.

So what does this have to do with love and infatuation?

It’s hard to pinpoint why infatuation occurs. But sometimes we are attracted to a person because something in them reminds us of our own deficiencies. Perhaps we want to rescue this person, or be rescued by them. This is like the tin soldier, whose deformity is a missing leg. He sees the ballerina on one leg, and mistakenly assumes that she is just like him — which in turn leads to his fascination with her.

But then circumstances cruelly cast the soldier into the street, where he must endure separation from the ballerina and the experience of sailing down the sewer, where he is swallowed by a fish. The motif of being swallowed by a fish and then regurgitated onto land is one that has been used in folklore around the world — in the Western canon, most famously in the story of Jonah — to symbolize soul searching and the grace of a second chance. This part of the story is symbolic of the challenges a person and a couple can endure.

Sometimes challenges will push them apart; sometimes they will push through the challenges and emerge together. The soldier and the ballerina end up together again, though their union is short lived and the ending is bittersweet. But even a destructive fire cannot separate them; they are indeed one at the end of the story, symbolized by a tin heart adorned by a spangle.

Tangentially, you might be questioning how this symbolizes their unity, since the spangle and the heart are still separated to some degree. I would suggest this separation stems from a literary necessity to show their proximity and eliminate ambiguity. Throughout the story the soldier and the ballerina never touched. The single spangle resting on the tin heart suggests that they were united, despite their untimely end.

I know it’s not a perfect example. One could argue that nothing about the story suggests anything about the mature development of real love, since there is no character development among the one-dimensional cast. But keep in mind that this is a story about toys, not people. They were symbolic of an idea, and for this reader (that’s me) the idea they symbolize is the progression of infatuation into love, as static as the characters themselves may be.

Love endures beyond challenges…infatuation often does not.

Again, love is about a unity that transcends adverse circumstances like fire, evil goblins, wantonly destructive boys, sewer rats, and hungry fish (insert your own challenges here). Infatuation is a sensation, drug-like in its power, that often captures us because we spot a superficial commonality in someone else — and it can cloud our senses for months or years.

But make no mistake about it; infatuation can grow into love.

And sometimes, it cannot.

The key is to understand the difference between the two, vis-a-vis how they hold up in the fire.

Infatuation does not allow room for challenges; they are either ignored or disrupt the infatuation. By contrast, love does allow for challenges, because it is deeper than the forces of this world that come to challenge it.

So what will your love be after the fire dies down?

An indistinguishable mess of tin?

Or perhaps a tin heart?

Charles Hanna is a freelance writer and graphic artist. He grew up in California but currently lives in Baltimore, MD. He is the creator of a course for married men on how to improve their relationships.