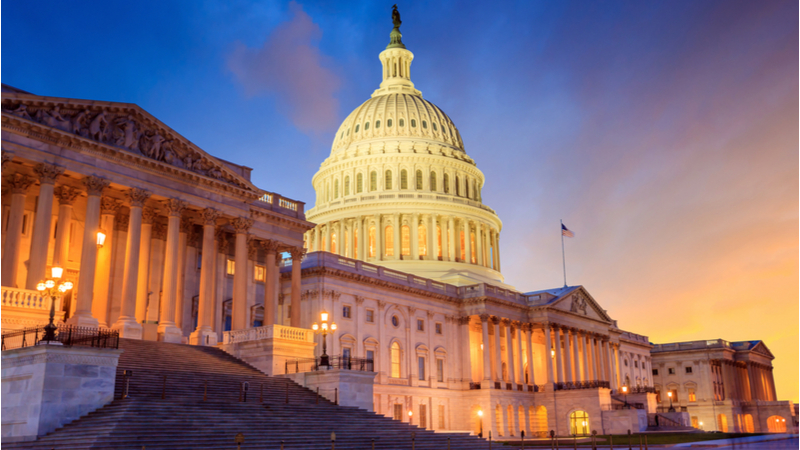 As you know, the House of Representatives has drafted at least one article of impeachment against President Trump, which will reportedly be voted on and approved this week — unless Vice President Pence decides to invoke the 25th Amendment of the Constitution to remove Trump via a majority vote of the Cabinet, which appears unlikely.

The House is ready to impeach Trump for his seditious act of inciting an insurrection against Congress to prevent a peaceful transfer of power on Inauguration Day, and otherwise illegally attempting to overturn the presidential election results by pressuring state officials.

Trump’s unprecedented lawless actions—including, but not limited to, intentionally inciting violent riots outside and within the U.S. Capitol building—clearly demonstrate “high crimes and misdemeanors” for which impeachment, conviction, and removal are appropriate constitutional remedies.

Therefore, if the House does proceed quickly to send the article(s) of impeachment to the Senate this week, then you have a constitutional duty, a patriotic obligation, and a moral imperative to reconvene the chamber for a trial and vote before Trump’s term ends on January 20th. Your actions, or lack thereof, will set a significant historical precedent during a perilous period of national crisis. There’s no time to waste in ousting Trump from the White House before he commits more egregious illegal actions during his final days in office.

CNN reports that if the House moves expeditiously to impeach Trump this week then “Republicans could again be faced with a public test of their loyalty.”

You should seriously consider, as Senate majority leader, that a majority of the American people believe Trump must be removed from office immediately, according to a recent poll by Reuters/Ipsos. That’s because Trump has tried to desecrate our democracy for personal political gain.

“Nearly 70% of Americans surveyed also said they disapprove of Trump’s actions in the run-up to Wednesday’s assault,” reports Reuters

“The national public opinion survey, conducted Thursday and Friday, also showed that seven out of 10 of those who voted for Trump in November opposed the action of the hardcore supporters who broke into the Capitol while lawmakers were meeting to certify the election victory of Democrat Joe Biden.”

You may have to decide sooner, rather than later, whether to use your savvy legislative authority as majority leader to reconvene the Senate for an emergency session for impeachment proceedings to convict and remove Trump from office.

However, you have already said the Senate will not reconvene to consider any impeachment articles sent by the House until after Trump’s term expires. This would be a cowardly call by letting

Trump off the hook too easily.

Hopefully, your statement is just a “trial balloon” to gauge public opinion and consider the views of senators without angering Trump, who appears increasingly unstable, delusional and unfit to serve.

Your letter to fellow senators stated the following:

You must recall that it’s unconscionable and unconstitutional that Trump commandeered a coup against the legislative branch of government. He must be held fully accountable for his unlawful behavior.

I submit this video as evidence in the Impeachment of Donald Trump.

Donald Trump engaged in “violent, deadly and seditious acts” which betrayed his trust as President and endangered the security of the United States. pic.twitter.com/j9nJ1McTIo

Let us be clear for the record about what happened on Wednesday, January 6th: A sitting President of the United States, during his waning days in office, launched an unprecedented and heinous assault on Congress to negate his defeat in a free and fair election.

Trump’s illegal and unconstitutional actions were carried out with a reckless, malicious, and lawless intent — resulting in the following:

As Professor Bryan Garsten of Yale University wrote in The New York Times:

The impeachment process, not the 25th Amendment, is the appropriate means for Congress to assert its constitutional authority of “checks and balances” against the executive branch led by a rogue and lawless president.

Use Impeachment, Not the 25th Amendment, to Remove Trump – The Bulwark

Vice President Mike Pence has reportedly said that he does not want to attempt to use the Constitution’s Twenty-fifth…
thebulwark.com

Thrown Under the Bus

Let us also remember how tyrant Trump did not hesitate to “throw you under the bus” after four years of your pandering and unwavering loyalty.

Why did Trump turn against you? Simply because you had the audacity to acknowledge the official vote of the Electoral College confirming Joe Biden as the clear winner in the 2020 presidential election, which is standard operating procedure for any congressional leader.

Yet you waited weeks to make this announcement in order to appease Trump, even though the election results had clearly been projected by the national news media, including conservative outlets like Fox News.

Trump also undercut your legislative authority and leadership credibility by delaying, and nearly nixing, the bipartisan emergency stimulus package to help the American people during the pandemic.

Trump double-crossed you even after you and your colleagues had painstakingly negotiated with the House for months prior to reaching this deal, which the Trump administration had said it would surely approve. Why did Trump’s prior green light turn red only after the legislation was agreed upon?

Trump then issued a clarion call to his rebel army of rabid supporters to wage war on your workplace, the iconic U.S. Capitol. Again, this put your life at risk, along with that of Vice President Pence, and countless other lawmakers — not to mention law enforcement personnel and innocent bystanders.

Trump’s tyranny was nothing short of a sad and surreal act of sedition.

Considering all these disturbing facts, how could you in good conscience, as majority leader, delay a Senate impeachment vote to convict and remove Trump from office until after his term expires? (assuming the House approves and sends the article(s) of impeachment to the Senate)

Refusing and/or delaying such a critically important and historic Senate vote would be nothing short of a grave disserve to the very democratic form of government you swore an oath to uphold and protect.

Delaying a Senate vote on impeachment would be a dereliction of duty to the American people and anathema to upholding the Constitution as envisioned by the framers.

Senator McConnell, please ask yourself these relevant questions as you consider how and when the Senate will address impeachment:

Waiting to reconvene the Senate to address impeachment until after Trump leaves office will fail to hold him fully accountable and set a terrible precedent.

Don’t forget that Trump remains a “clear and present danger” to our national security and domestic tranquility. He can still do lasting damage to our democracy and to the world (including our allies) every day and every hour he remains in office.

You are the powerful and astute Senate majority leader until the Democrats take control shortly. And let’s not forget that Trump likely thrust you and the GOP into the minority — for which you cannot be happy — due to his unpopularity and negative impact on the Georgia Senate races.

So please keep this all in mind when considering legislative business in the Senate if and when you receive the article(s) on impeachment from the House. Real leadership means you cannot sit idly waiting for Trump to commit his next illegal act with impunity, even if he has only one week, one day or one hour remaining in his presidency. Rather, you must reconvene the Senate immediately to address impeachment following any concurrent action by the House this week.

Sen. McConnell: you must also contemplate the potentially grave consequences of failing to act prior to Jan. 20, if possible. This would essentially leave YOU responsible for any more unlawful conspiratorial actions by Trump amid his final days in the Oval Office.

There are additional reasons for Congress to vote on impeaching, convicting, and removing Trump before President-elect Biden takes office. Otherwise, the new Biden Administration could be initially hamstrung.

Biden deserves a fresh start in his first 100 days as president to act on the crucial priorities of his legislative agenda to help Americans in need. That’s why it will be even more detrimental to America if the Senate is consumed with impeachment proceedings when Biden takes office, as laid out in your aforementioned letter to senators about waiting to reconvene on Jan. 19 for technical bureaucratic reasons.

This would be too little and too late for Trump to be held fully accountable as president, while also precluding Biden from governing from the outset in the most effective, efficient and expedient manner possible. That’s because the Senate might be holding an impeachment trial overlapping with Biden’s first days or weeks as president— which could delay key cabinet nominees from being swiftly confirmed, among other legislative hurdles per seamless coordination with the new Congress.

Hopefully, you don’t intend to stymie Biden’s presidency for partisan reasons, or to appease Trump because you’re scared of him and his base. That would only harm the American people by exacerbating the pandemic and economic crises facing our nation, which demand immediate presidential action once Biden is sworn in.

Sen. McConnell: you already failed to convict and remove Trump during the prior impeachment, when you shunned your patriotic responsibility and chose to do the president’s bidding instead — an immoral profile in cowardice! That conspicuous failure only further emboldened Trump to continue his tyrannical reign by violating the Constitution and desecrating democracy again and again with no consequences.

Your failed strategy of appeasing Trump and ignoring his thousands of lies may have ultimately led to last week’s siege of the U.S. Capitol, another indelible stain on our democracy during Trump’s treacherous tenure. Please don’t make the same mistake again.

Improve your writing, expand your reach, and monetize your craft.

We welcome all experience levels.

Learn more on our Patreon page.

FacebookTweetPinEmailShares11
wpDiscuz
0
0
Would love your thoughts, please comment.x
()
x
| Reply
Share this ArticleLike this article? Email it to a friend!
Email sent!