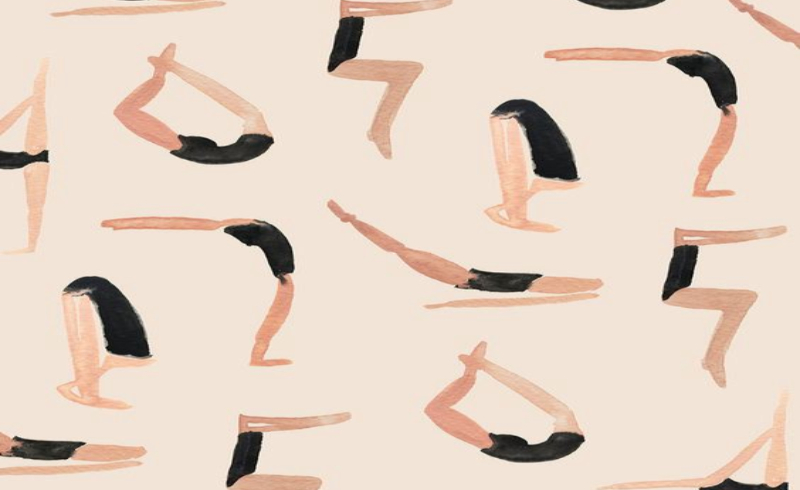 Many of us are just starting to uncover the devastating effects of racism and colonialism on society. Police violence is raging, and recent events have laid bare the fact that these experiences affect our daily lives in a myriad of ways. Whether it’s by dictating the way we should act, dress, or speak — racism often leaves our bodies traumatized.

But racism also has insidious consequences on another aspect of our lives that you may not have thought of — exercise.

While moving our body is essential to our health, the definition of “fitness” has changed significantly over time. Nowadays, when talking about fitness, we’re most likely thinking about how it relates to our physical appearance rather than our overall health. Society has fallen into the trap of equating fitness with thinness — and, more recently, with muscle mass, curves, and even small waists with a large derrière. Many have already explored this issue far better than I ever could: Christy Harrison and her podcast Food Psych, Caroline Dooner and actor and social justice activist Matt McGorry are just a few of the incredible people who work tirelessly to shed light on the fatphobia, racism and diet culture that all underpin mainstream fitness culture.

The fitness world has always favored one body type over another — that is, the slim, white body — and people whose bodies do not match this norm are constantly left out of dominant representations. Don’t believe me? Notice how a quick Google search using the terms “yoga” or “fitness” results in countless pictures of thin, white women — yet you’ll have to scroll for minutes on end before coming across a single woman of color.

But why is it that society is so keen on making fat and non-white bodies invisible?

This trend dates back to colonization. As early as the 19th century, French colonizers were already entertaining the stereotype of Africans and Black people being gluttonous, fat — and therefore incapable of showing restraint around food. Throughout history, colonialism has also served the ideal of the sexy, voluptuous African woman on a silver platter, in stark contrast with that of the thin, fragile white woman. As Sabrina Strings explains in her book Fearing the Black Body, fatphobia is inherently rooted in racism and classism. People who fail to live up to society’s standards of beauty are often labeled as lazy and immoral — and these stereotypes hurt women of color and Black people even more.

In recent years, the rise of Instagram — while it could have been a promising development in promoting acceptance of all body types — hasn’t helped. Across many social media platforms and in pop culture, thinness has gradually given way to another ideal: “thiccness” — a term “coded with notions of race and sexualization.” With the emergence of this new trend, features that are often mistakenly associated with certain women of color are now highly sought after. Many white folks are increasingly trying to emulate the very features women of colour and Black women were historically shamed for, such as wide hips, thick thighs, and large butts. It seems that non-white and fat bodies can only exist in a hypersexualized and racialized world, if at all.

Fatphobia is inherently rooted in racism and classism. People who fail to live up to society’s standards of beauty are often labeled as lazy and immoral — and these stereotypes hurt women of color and Black people even more.

Workout apparel brands aren’t doing much to address representation gaps in mainstream fitness culture either. It’s 2020, and brands like Gymshark still feature very few fat, disabled and non-white brand ambassadors, and that’s not even mentioning Lululemon, whose founder went as far as claiming that “frankly, some women’s bodies just don’t work” with his yoga pants. This kind of statement does nothing but contribute to the shaming and erasure of certain bodies from mainstream fitness culture.

Still, I use the word “mainstream” because I believe it is possible to define fitness in a way that is both inclusive and intersectional. Fitness isn’t inherently evil, nor is working out. In fact, having overcome a 10-year battle with an eating disorder, I deeply enjoy leading an active lifestyle. The problem arises when we fail to define fitness as something that isn’t just about our bodies, but our minds, too. Because of its excessive focus on the fit physical body as a symbol of attractiveness and good health, mainstream fitness culture dismisses that health goes way beyond what the eye can see. Caring for our mental and spiritual health is just as important — if not more — to our well being. Healing the trauma many of us carry because of systemic racism, colonialism, and restrictive dieting should be a part of what we define as fitness and wellness — and shifting the focus from the physical to the mental is essential in making this change happen.

This is where yoga comes in.

As a spiritual Southeast Asian tradition, yoga relies on a complete synergy between mind, body and soul — and encourages us to move away from the material realm. And yet, paradoxically, it is slowly becoming another Westernized fad. Not only has it been “fitnessized” with the rise of more intense forms of yoga — such as hot yoga, with little to no emphasis on meditation — but it has also been culturally appropriated and commodified by white folks without any respect or sensitivity for the practice itself.

As Joshua Virasami puts it:

“Yoga is not a pick-n-mix, you cannot take the fitness aspect, asana, and ignore the aspect of jnani, self-knowledge, or bhakti, doing selfless service for others. We cannot afford to pay no heed to how our daily consumerism, and lack of resistance toward consumerism, propels the impoverishment of brown bodies in the East. Don’t be afraid to bat for the poor in the face of privileged spirituality.”

The problem also arises when access to fitness spaces becomes limited by discriminatory factors such as race, size, ability and so forth. By defining thin, white women as the faces of fitness, mainstream fitness culture erects barriers. It denies other women — whose non-white, fat and disabled bodies do not adhere to the norm — safe access to spaces like gyms, yoga studios and workout classes. As long as people at the margins of society do not feel comfortable within them, we’ll have work to do.

If we want to destroy these barriers and make fitness culture genuinely inclusive, we need people in positions of privilege to acknowledge how the status quo benefits them and to change it. Decolonizing fitness culture and reclaiming the right to be a part of it can’t happen overnight. It will require everyone — including thinner, non-disabled and lighter-skinned individuals — to work together and address some complex issues dating back to hundreds of years.

Previously published on “Equality Includes You”, a Medium publication. 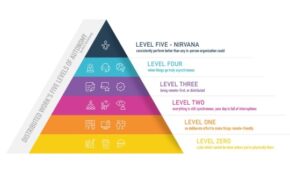 FacebookTweetPinEmailShares13
wpDiscuz
0
0
Would love your thoughts, please comment.x
()
x
| Reply
Share this ArticleLike this article? Email it to a friend!
Email sent!