He doesn’t care about you.

He doesn’t care about anyone except himself.

He’s incapable of caring about you.

He suffers from something known as narcissistic personality disorder. If you don’t believe me, here is proof from psychologists: here and here.

I find it very important to write about this.

This election will decide which direction we intend to go.

Will we continue to be a system of racism, inequality, hate, greed, etc?

Or will we build a new, better America?

Because America has been broken for a very, very long time.

Trump is not the answer.

His recent attempt to secure Black voters through the Platinum Plan is just another con.

He claims to want to make Juneteenth a federal holiday, yet when Senate Democrats, including Kamala Harris, tried to do that earlier this year, he avoided it.

It’s all a game to Trump. If he actually cared, he wouldn’t wait until right before an election to make a move.

By voting for Trump, all you will get is false promises that will never be fulfilled. What comes with Trump is another four years of false claims and the rich getting richer, while the poor get poorer.

I am not saying that giving money to Black businesses and creating jobs isn’t a good thing. Because it clearly is.

The problem is that Trump doesn’t actually care.

He just wants you vote for him, so that he can continue doing whatever he wants. His focus is not on fixing anything. His focus is to get votes and shut people up.

Throwing money at systematic racism isn’t going to fix it.

He looks down on anyone who isn’t white.

The man constantly calls BLM supporters thugs and criminals. You know what he really wants to say.

Stop supporting him because in doing so you are supporting discrimination. He will continue to divide this country if you vote for him.

According to a survey done by the Washington Post, nearly 9 out of 10 Black Americans believe Trump is racist. 90% of Black Americans also disapprove in his job performance.

So, why do you really think he is passing this plan right before the election?

Because he knows he can’t win with only 8% of the Black vote.

Trump literally said he doesn’t care to understand the pain of Black Americans. As a leader, you should have empathy. Again, you cannot fix systematic racism by just throwing money at it.

You definitely aren’t going to fix it without empathy or even acknowledging that it exists. In fact, he also said the people who believe white privilege and systematic racism exist have really “drank the koolaid.”

Trump will constantly claim over and over again that he has done so much for the Black community. But it just isn’t true.

Donald Trump has a long history of racism.

In 1973, the Trump Management Corporation was actually sued for violating the Fair Housing Act. Trump refused to rent to any Black tenants. Then, in the 1980’s, Trump and Ivana would have all of the Black people ordered off of the casino floor whenever they visited. Black casino dealers were known to be kicked off the table at Trump’s casino if any of the gambler’s had prejudices against them.

Fast forward to more recent, Trump is still the same man. In 2016, Trump openly said he still believes the “Central Park Five” to be guilty. Even after they had their convictions dropped, Trump is still going around saying they are guilty and they should bring back the death penalty.

In fact, Trump is the one who pushed the false rumor about President Obama not being a citizen.

Why would anyone want four more years of this?

We had the worst possible leader for this pandemic. And he has been an even worse leader during the fight for racial equality.

Why does anyone really think it’ll be different?

The pandemic didn’t make Trump a racist. It also didn’t make him ignorant and uneducated. He was already those things.

Look at this man’s attack on the critical race theory.

He is literally banning diversity training for federal employees and trying to stop the “1619 Project,” which seeks to educate children about the real history of America.

He doesn’t want to even acknowledge that we have any inequality problems in America, let alone a racial one.

He said he would publicly condemn white supremacy, yet he still hasn’t done that when given the chance to at the debate last night.

It’s time to say no to racism, hate, and any form of inequality.

It’s time to say no to Trump.

It’s time to stop making America out to be the great country because this country is broken. The system needs a complete reset.

Please be smart and vote for the future of the children of this country. That future is at risk with Trump in office.

Photo credit: by mana5280 on Unsplash 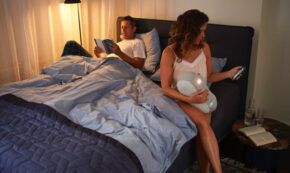 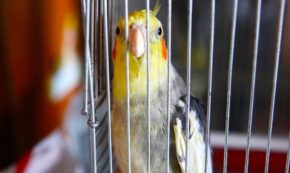