Get Daily Email
Join/Login CLOSE
Home / Advice & Confessions / What Makes You Feel Like a Little Kid? 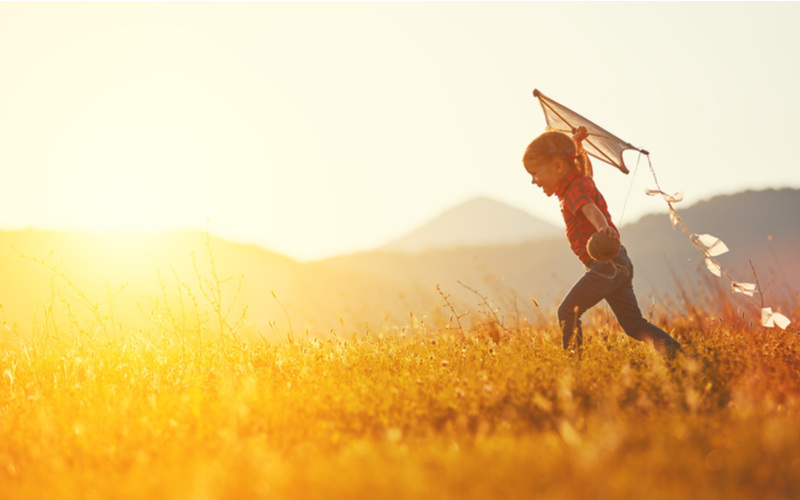 Have y’all watched the news this week? I mean, I’m writing this on the day when everything sports-related was canceled or postponed.

The NBA. Major League Baseball. The NCAA has canceled their men’s and women’s basketball tournaments – and all other spring sports.

I think we’ve devolved. We’ve devolved into panicky, frightened animals. And it’s breaking my heart. This isn’t because there will be no March Madness or a postponed MLB season.

The human race has essentially become panicked zebras when the lions are hungry.

This isn’t what this article is about. I don’t want to talk about this.

What I’d rather talk about is an old man. An old man following his heart and helping to create a magical night (that I wish I could’ve been a part of.)

This old man walks with a cane. He wears a back brace. And he’s seen many of his musical brothers move on to the great amphitheater in the sky.

But something about the way his career with his band ended just didn’t sit right with him. So, he made a few phone calls.

Let’s take you back to early 1969. A young guitar prodigy was putting together a band. Our prodigy was working as a session musician in Florence, Alabama at the iconic FAME Studios. Our friend played with some huge names – Wilson Pickett and Eric Clapton with Derek and the Dominoes to name two. I mean, you HAVE heard the song Layla, right?

The first cat that our friend called when he was putting his band together was a man named Jai Johanny Johanson. But his friends call him Jaimoe.

Jaimoe was a highly sought after drummer. He played with Percy Sledge for a while.

That young guitar prodigy was named Duane Allman. He had a vision – two drummers and two lead guitar players.

This was all before Duane’s little brother Gregg said yes. Reese was gone after that point but has created a phenomenal career for himself.

The Allman Brothers Band stayed together in various incarnations off and on for the next 45 years, becoming one of the most important bands in music history.

When Macon’s favorite sons chose to call it quits in 2014, few believed it’d be permanent. But then few believed that Gregg’s health was as bad as it was at the time.

Butch passed away in January of 2017.

Let’s flash forward to late in 2019. Jaimoe got on the phone.

He called the guys who were in the final incarnation of the Allman Brothers Band with him. He called Derek Trucks and Warren Haynes – the two guitar masters. Marc Quinones – their pit percussion master was also on the call list. As well as bass player extraordinaire Oteil Burbridge.

All those guys have pretty prominent day gigs with their own groups. But they were all in!

But they had to fill in a few spaces.

Derek reached out to his brother Duane who is not only the drummer of Widespread Panic, but also the nephew of Butch Trucks. He was in.

They also reached out to one-time Allman Brothers’ member Chuck Leavell to play a little piano. Chuck has a pretty prominent day gig himself with an up and coming band called the Rolling Stones.

Filling out the group was Reese Wynans himself. Reese made quite the name for himself playing with a couple of pretty fair guitar slingers named Stevie Ray Vaughan and Joe Bonamassa.

Dickie Betts was invited to participate but declined. His health hasn’t been great in recent years.

A few of the Allman veterans – including Jaimoe – have said they regretted never playing one final blow-out show in Madison Square Garden. For a long time, they always played residencies at New York’s Beacon Theatre every March, with the exception of one year early in the 2000s. Something about Cirque Du Soleil.

Anyway, they got the band back together.

They secured a date that worked for everybody – March 10.

And the secured a building – The Garden.

And they started rehearsing.

Now I’m not going to do a review of the show. I can’t do that since I wasn’t there. Oh, if wishing made it so. I’ll be waiting for the inevitable Netflix/Blu-ray release. Though I’ve heard a ton of recordings that have been posted online.

But what I want to talk about is that old man.

There’s a video that’s been floating around the internet that got me pretty emotional. It’s of Derek Trucks helping Jaimoe off his drum riser to speak to the MSG crowd. While he may be feeling every day of his 75+ years, that’s not what I saw.

I saw a man who had a heart that felt like it was 25 again. The smile, the joy, and passion that’s still in the entire being really touched me emotionally.

Here’s a man who has seen everything a rock musician could see. He was the only black man in a band full of longhaired hippie white guys from Georgia. He was also fired for a short time in the 80s.

So often I see this. If a person keeps up their passion into their golden years, they’ll remain healthy and vibrant up until the end.

I mean, Doc Severinsen can still scream on the trumpet and he’s well into his 90s.

Betty White is still one of the funniest humans in the world, and she’s pushing 100 years old.

There’s a coaching point to all this. And here it is.

Never let go of what makes you feel like a little kid. Never let it go!

Despite his health problems at the end of his days, Gregg Allman never let go of what made him feel like a little kid.

Heck, Reese Wynans is no young man himself. He’s into his 70s. But that old fella is still one of the finest Hammond B3 players on the planet!

Hey Jaimoe – thanks for teaching me this lesson. Thanks for showing me that age ain’t nothing but a number on your driver’s license. Passion is what keeps you young!

Now, to get Jaimoe to be a guest on my new podcast…

FacebookTweetPinEmailShares28
wpDiscuz
0
0
Would love your thoughts, please comment.x
()
x
| Reply
Share this ArticleLike this article? Email it to a friend!
Email sent!