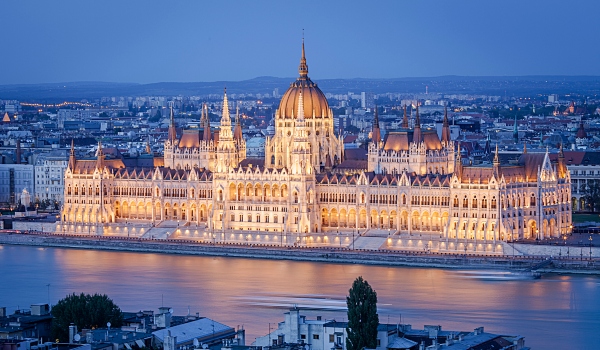 József Ángyán, the former Hungarian State Secretary in the Ministry of Rural Development, started his own fight against corruption. Ángyán resigned in January and since then he has been raising concern [hu] about the shady relations between the government and some Hungarian ‘oligarchs’ – Lajos Simicska and Zsolt Nyerges [en], who are often referred to as PM Viktor Orbán’s close allies and members of the highly influential business elite.

Mr. Ángyán is now struggling now to draw attention to the inconsistencies in state land lease tenders that show that certain influential people’s companies are having more auspicious positions. But it looks like it’s a sensitive issue, and he has to face retaliation of the powers others also had tried to call into account.

Prior to Mr. Ángyán’s initiatives, journalists from time to time also had a chance to discover that the ‘oligarchs’ in Hungary were able to control the media. One of these journalists was Attila Mong, also known for his fight for free media in the country. He published a post on his blog titled You-Know-Who and He-Who-Must-Not-Be-Named [hu], in which he summed up the mentions of Zsolt Nyerges and Lajos Simicska in the mainstream media based upon the data of a Hungarian media monitoring agency. He drew the conclusion that these two persons had become “the Voldemort” of almost every media outlet in Hungary.

Mr. Mong later quit his job at Origo.hu, a Hungarian news site, and joined atlatszo.hu, where he explained [hu] what happened after the You-Know-Who and He-Who-Must-Not-Be-Named post on his blog and a Facebook page he started right after publishing it:

[…] Since I thought it was not right like that, I started a Facebook page at that time to reveal how many people would be interested in [reading] a real, in-depth, bold interview with them. The aim was and still is to lure them out. If they have no problems with public money flowing into their companies then they might not have any problems with journalists posing questions to them and demanding transparency on behalf of the public. The Facebook page I want to meet Lajos and Zsolt became very popular in a couple of hours.

I apologize to those who soon saw that the page was not there anymore.

It turned out I’m not strong enough for that.

I’ll share the details one day in my memoirs. […]

Demonstrating how some citizens were disturbed by the opaque ties between the oligarchs and the governing party, stickers with the text “Who is Lajos Simicska?” started popping up in the toilets of random Budapest bars.

Lajos Simicska and Zsolt Nyerges became really popular with the Hungarian netizens, who produced funny pictures and animated GIFs using their old portraits published in dailies. Gergely Karácsony, an MP with the LMP “Politics Can Be Different” Party, used one of the funny pictures with a cat on skis on his blog [hu] (cat on skis is a pun on the name of Mr. Simicska in Hungarian). Mr. Karácsony published the post titled “What makes the state different from a bunch of gangsters?” after Transparency International Hungary’s release of the National Integrity Study, which stated that the Hungarian state had been captured by private interest groups. In addition to the former State Secretary’s claims, Mr. Karácsony listed the cases when the two influential businessmen might have received remarkable shares through their company which way too often turned out to be the winner in public procurement tenders.

Last Wednesday, Mr. Ángyán had to face quite a sophisticated attack in the battle for justice. Kettős Mérce blog reported [hu] that the Hungarian news agency MTI was referring to a blog in their article about Mr. Ángyán which was created not long before the publication of the text. Kettős Mérce authors shared a screenshot of their Google Search without any result. From 14:20 “till 16:30 no one was able to find the blog on the internet but then it showed up,” wrote Kettős Mérce. HVG.hu news site eventually was able to obtain the link [hu] to the blog from MTI. Napraforgoblog has only one post [hu] about the former State Secretary in the Ministry of Rural Development. Napraforgo’s post lists some fishy cases in which Mr. Ángyán allegedly was involved. The title of the post is “Whose Mercenary Was Ángyán?”, and so far it has more than three hundred comments. Hungarian netizens were shocked over the strange practices of the newswire and also complained that they lost their trust in the Hungarian media.

Even the Hungarian Parliament started this week with a discussion of the ‘oligarchs’. Mr. Karácsony questioned PM Viktor Orbán about the ties between the influential business elite and the government [video, hu].

Véleményvezér blog reported that the PM’s first reply to the question was to change the meaning of the word ‘oligarch’ to something meaning a capitalist or a tycoon. Véleményvezér wrote [hu]:

[…] In reality, an ‘oligarch’ means a wealthy person who is able to systematically distract the state’s politics from serving the public interest to serving his private interests. An oligarch is a tycoon, too, but he has mainly been gaining and maintaining his fortune by sucking the state’s resources (hunting for shares), meanwhile, in the case of other tycoons, the main source of income is not the state. […]

Although the debate ended there in the Parliament, it’s hardly possible that the question of the oligarchs would fade away. Viktor Orbán’s reply clearly demonstrates that he has no proper answer to the accusations of [having close ties with] the oligarchs.

Previously published on globalvoices.org and is republished here under a Creative Commons license.
—

Global Voices stands out as one of the earliest and strongest examples of how media committed to building community and defending human rights can positively influence how people experience events happening beyond their own communities and national borders.